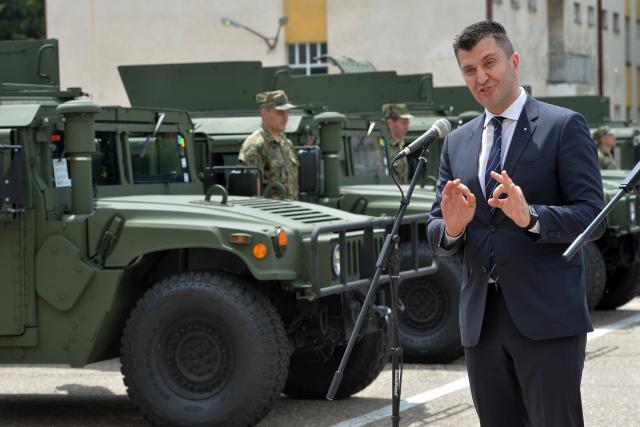 The minister also said that members of the army can expect an increase in wages by a maximum ten percent, thanks to the surplus in the budget, which will be, as he said, a good basis to continue with raises in the future.

He said that Serbia, as a military neutral country, holds exercises with both Russians and Americans, and uses this to strengthen operational capabilities.

"It is up to us to take advantage of everything that neutrality is offering," said Djordjevic, and added that the Serbian soldiers participated in the Slavic Brotherhood 2017 exercise, that finished this week in Belarus, and now in the Platinum Wolf drill, where 450 soldiers from eight countries are taking part.

Commenting on US concerns over the Russian-Serbian Humanitarian Center in Nis, and the solving of the diplomatic status of its staff, Djordjevic said that Serbia is a sovereign state, militarily neutral, and that all decisions are made in the best interests of the Serbian people.

The minister also announced that the Serbian Army plans to hire 1,984 new members by the end of the year.

As for the new factory in Uzici, near Pozega in western Serbia, that is due to be opened on June 28, Djordjevic said it will employ 150 people and added that after many decades, Serbia is "finally achieving successes an investing in its defense industry, which is a major driving force for the economy."

According to Djordjevic, defense industry exports are expected to reach "a billion."