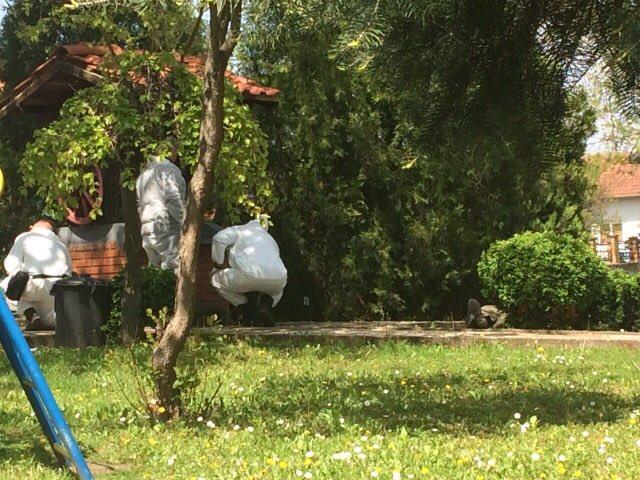 The incident happened in Baric, near Golubac, a town in eastern Serbia.

According to media reports, the man was a pensioner who, along with his entire family, worked in Austria for many years. According to the same sources, D.B. committed suicide in the yard of a local church.

Pozarevac police chief Srdjan Lazic told Tanjug that the deadly incident was preceded by an altercation between the killer and his son.

Lazic said D.B. had a license, obtained in 1998, for the pistol that he used to commit the crime.

The police chief also said that no previous cases of domestic violence had been reported concerning this family, and that they were "well-regarded and of solid financial means" - therefore, according to him, "nothing indicated that such a serious crime might occur."

However, neighbors and relatives said today that the killer on several occasions threatened members of his family, but that "nobody thought he would really do what he has done," and that, since he "did nothing concrete then" - they "could not report him to the police."

According to unofficial information, the cause of the family feud was B.D.'s desire to get a divorce and force his wife to renounce any ownership of their property.

The crime was committed about 07:00 hours CET on Monday, in the street. None of the passers-by - including children on their way to school - have been injured during the incident.