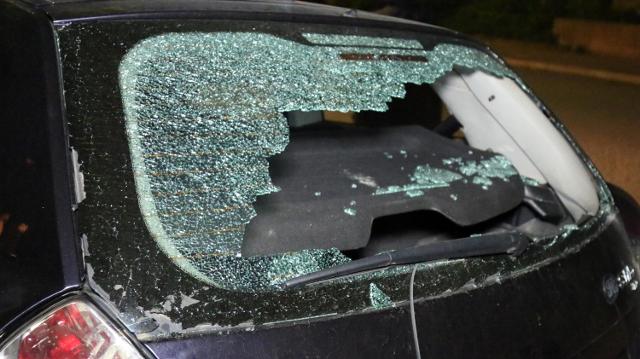 "It happened late last night, after the incidents in Mitrovica earlier, that I didn't know about. I was returning home to Bosnjacka Mahala where I live when a group of young men, I would say, judging by their voices, about 20 years of age, attacked me," Staletovic said.

One of the attackers pulled a gun, he continued, while others beat him with the baseball bats.

Staletovic, who suffered injuries to his head and arm, said that all the assailants wore balaclavas.

"I managed to pull the balaclava off one of them and I recognized him, since I see him often in Bosnjacka Mahala. He was shouting 'Allahu Akbar'... that's just another provocation by them," Staletovic, who was treated at the Clinical-Hospital Center in Kosovska Mitrovica, said.

Regional Kosovo police chief Zeljko Bajic told Tanjug on Tuesday that the incident happened at 23:20 hours CET the previous night, and that the police were looking for "one Albanian who has been identified and is suspected of the attack."

In a separate incident in northern Kosovska Mitrovica earlier in the evening on Monday, a passenger vehicle was damaged.

According to Bojic, six young men of Albanian ethnicity have been brought in on suspicion that they tried to cause riots and were destroying movable property.

Information appeared on social networks that a group of Albanians had arrived to the central part of northern Kosovska Mirovica from Bosnjacka Mahala, with some of them carrying baseball bats, provoking Serbs, and "using rocks."