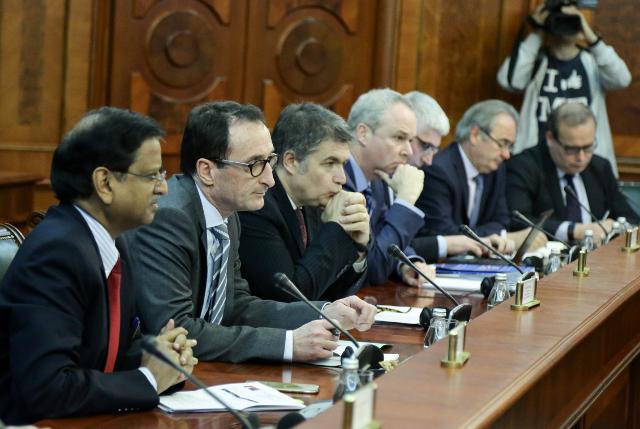 Mihajlovic told Gruber, who represents Serbia in the Board of Directors of the World Bank, that the reforms implemented are the pillar of Serbia’s growth in recent years, and that the country also implemented a fiscal consolidation program, improved the business environment and adopted a number of laws in line with European regulations.

Speaking about the field of work of the Ministry she is heading, Mihajlovic said that she expects that the road Corridor 10 will soon be completed, and that the focus is on the infrastructure linking of Serbia with the region -"Highway of Peace" Nis-Merdare-Pristina and the modernization of the Belgrade-Budapest railway.

Mihajlovic said that in the past 30 years no one dealt with the modernization of railway lines, where one of the partners currently is the World Bank, and that in the last two years the Serbian government has been working on that intensively, because it is necessary that Serbia, as a transit country, can get included in the European transport rail network.

The World Bank representatives praised the reforms implemented in Serbia, but also efforts to make infrastructure networking with the region.

They expressed interest in the position of Serbia regarding the infrastructure connection with Albania, and Mihajlovic informed them that two years ago, for the first time in 30 years, a joint working group was formed, consisting of the transport ministers of the two countries to jointly work on the project of building the Nis-Merdare-Pristina highway.

Our goal is to get connected with the region and these projects are very important to us, Mihajlovic stated.