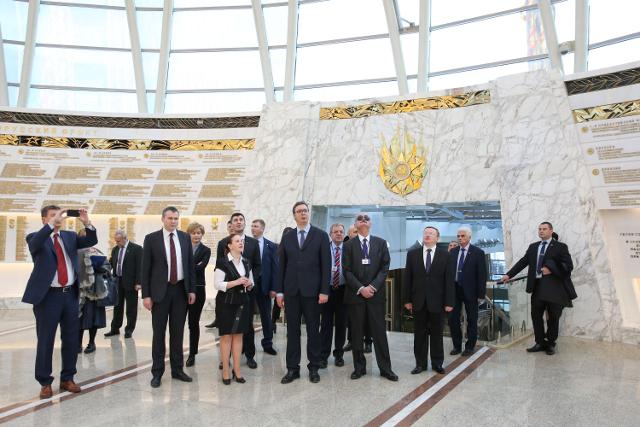 He told Serbia's state broadcaster RTS that the discussion also covered "launching joint factories that would manufacture arms and ammunition for third markets."

"This is not merely about military-technical cooperation. We spoke about buying arms and tools for the VS, but above all about protecting our sky and about potentially buying, under most favorable conditions, fighter jets and anti-aircraft weapons and tools," he said, adding that this concerns weapons systems that were "impossible for us to have as recently as yesterday."

These future joint companies would not be limited to the defense industry alone, Vucic added.

"We're oriented in several key directions: increasing our trade exchange, both exports and imports, but we're also interested in starting joint companies," said Vucic, who is on a two-day visit to Belarus.