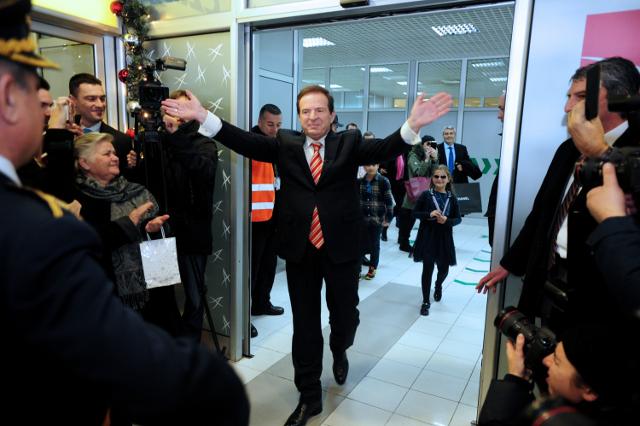 Bogoljub Karic is seen at the airport on Friday (Tanjug)

Karic arrived aboard a private jet from Minsk. He was welcomed at Belgrade's Nikola Tesla Airport by family, aides and members of his party, the Strength of Serbia Movement.

Speaking to reporters, he said he did not plan to get involved in politics or run in the presidential elections.

Due to statute of limitations, the High Public Prosecutor's Office halted in February this year an investigation against Karic, launched on charges of office abuse and siphoning money out of the Mobtel mobile operator.

Due to lack of evidence, the Prosecutor's Office for Organized Crime on Tuesday also halted an investigation into the establishment of Mobtel and loans given to Cypriot companies without guarantees from Astra bank.