The EFJ has launched a video campaign to raise awareness about the poor working conditions of journalists and media workers in the Western Balkans and Turkey. 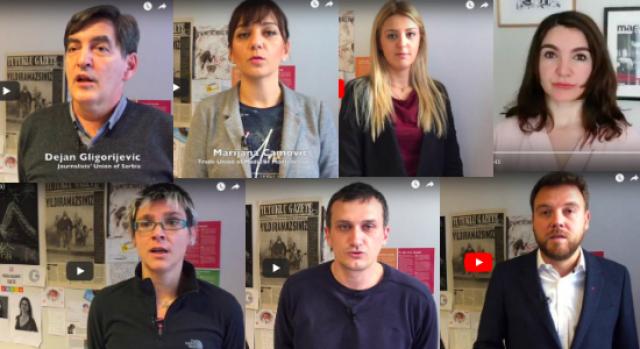 The European Federation of Journalists (EFJ) said in a press release, that this state of affairs was documented by the European Commission’s Enlargement package 2018 published in April 2018.

"Together with the support of its affiliates in the region, the EFJ is putting the focus on Albania, Bosnia and Herzegovina, Kosovo, Macedonia, Montenegro, Serbia and Turkey, where working as a journalist too often means job insecurity, low wages and attacks," the organization announced.

According to EFJ, the campaign "aims to push for better working conditions in order to support the production of quality journalism for the public’s right to access information."