According to yesterday's report, Serbia registered a record number of newly infected and deceased. 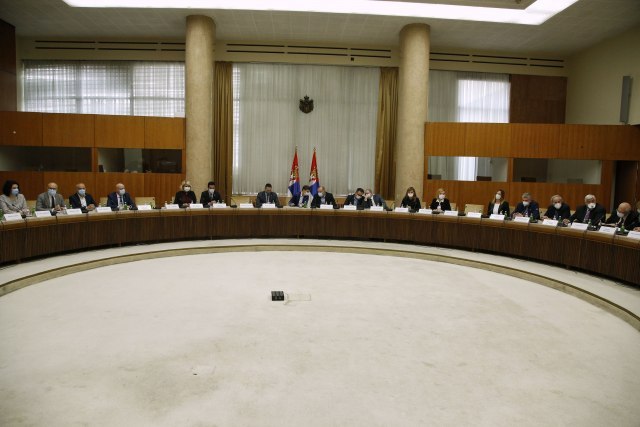 The session of the Crisis Staff was held today shortly after 11 am, after yesterday's most difficult day in Serbia, when the largest number of newly infected people since the outbreak of the epidemic was recorded. New measures are expected.

Every vehicle in public city transport will be treated with ozone twice a week, Deputy Mayor Goran Vesić said. He said that in that way, we will contribute to the buses being safer, so that the citizens would be protected from the spread of the infection.

The cafes will continue to work until 11 pm?

Cafes and catering facilities will continue to work until 11 pm in the future, Sputnik has learned.

Although it was previously announced that there was a possibility that, as part of the tightening of measures, the working hours of catering facilities would be shortened to 9 pm, it was estimated that it would be a big blow and that tens of thousands of people could lose their jobs in just a few days.

The Crisis Staff is considering other drastic measures that will be announced during the day.

Kon: We have considered the necessary measures

Epidemiologist Predrag Kon said that what was necessary was discussed at the session of the Crisis Staff.

"We had defined isolation, quarantine, transportation as well as various personal restrictions that must be respected. The competencies of the inspection have been defined, and that is the essence of the changes that are much easier and enable everyone to do their job," Kon told Kurir TV.

He said that it should have happened much earlier.

"Obviously, we do not understand the situation yet, we will only become aware of the increased number of deaths. We in Belgrade are close to a catastrophic situation," Kon said.

He added that he did not expect the situation to resolve on its own.

"It can only be done by breaking off personal contacts that require energetic measures," Kon said.

The medical part of the Crisis Staff asked for stricter measures at today's session, but none was adopted, Kon says, and adds that he does not rule out the possibility that some of their proposals will be adopted and published during the day.

He told the Mondo portal that the medical part of the Crisis Staff is looking for "something quite strict to change", but that for now it is all on a "stand by".

"Nothing has been brought for now. The medical part has done its best, it has asked quite sharply to change something, for now it is on the" stand by ", I don't know until when. All that was sent in writing, so lot of things were already communicated”, he stated.

He emphasized that the economic aspect of the measures and the control of their implementation are currently the biggest problem.

"Everyone in the medical field, uniquely, believes that the implementation, control of measures and introduction of additional measures should be seriously tightened. They heard us well, we know what we asked for, I can't say what will be brought because this certainly depends on non-medical actions", he stated.

The decision on new measures, as he explained, depends on several factors, and that it is not about whether someone wants something or not, but whether it can be implemented.

"I have no doubt that there is a good intention on the part of everyone to stop this. As far as the medical part is concerned, it is clear that contacts should be prevented and that all this should be implemented fully," he concluded.