"We are working hard to find attackers on journalists"

Police Director Vladimir Rebic stated that the police are working on identifying the attackers on the media representatives assaulted during the protest. 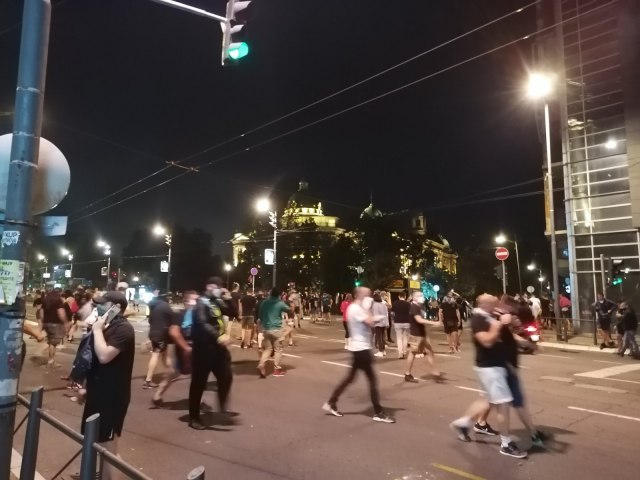 "I am sorry for the injury of your colleague, as I am sorry for my colleagues, more than 130 police officers who were injured. I hope that we will be able to find the perpetrators of the attack on your colleague very soon and that they will be in the placed where they belong", Rebic said at a conference at the Palace of Serbia, when asked if the attackers on reporter Milovancevic had been identified.

When asked how the police will find the attackers on the media representatives who were attacked during the reporting from the protests in Belgrade, Rebic said that this will be done primarily by reviewing video surveillance, but also on the basis of operational data.

"You have to have faith in the police that they will find all those who committed those crimes at these rallies, which, I remind you, were not reported," Rebic added.