Here comes Rama: "My statement was taken out of context"

Albanian Prime Minister Edi Rama claims that his statement about Albania and Kosovo having a common president was "taken out of context." 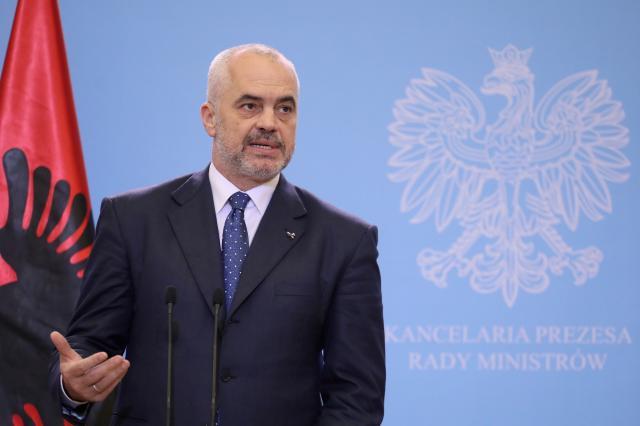 Rama also said he would not be "calming anyone down" - and added that if someone was worried, "let them worry."

"The EU's reaction in this respect was normal and in line with its policy. It was nothing but pure imagination," Rama told a local television, the agency ATA reported.

Addressing the Kosovo Assembly last Sunday, on the occasion of the tenth anniversary of the unilateral declaration of independence, Rama presented the idea of Albania and Kosovo having a common foreign and security policy, and electing one president.

This statement caused strong criticism in Serbia, with one cabinet minister suggesting the Albanian prime minister should be declared a persona non grata. Not everyone in Kosovo was thrilled with this idea, either, with some describing it as an insult to the residents of Kosovo and to the effort to join the EU.

The EU reacted as well."Statements that can be judged as political interference in neighboring countries do not help in building good neighborly relations. The European Union expects all countries to continue constructive and cooperative relations," European Commission spokesperson Catherine Ray said.