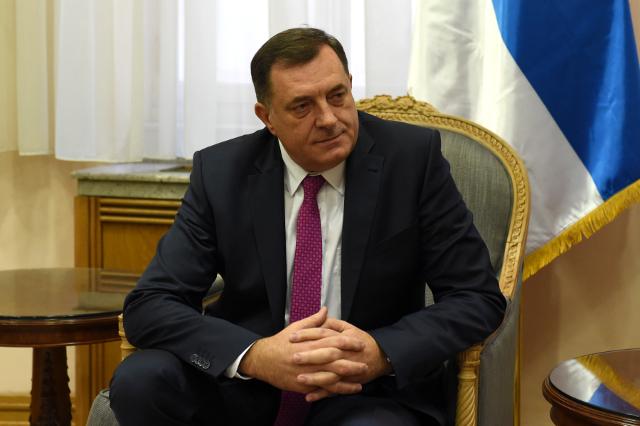 The visa would enable him to travel to the U.S. for the January inauguration of President Donald Trump, to which he has been invited.

Dodik told RTRS, the public broadcaster of the Serb entity (RS), that the embassy's rationale for such a move was that he was not going there as a representative of Bosnia-Herzegovina.

"What's the purpose, then, of a diplomatic passport of Bosnia-Herzegovina?," he asked, adding that he was not ruling out the possibility of renouncing it - while it was "increasingly more likely" he would use his Serbian passport next year.

The Serb Republic (RS) leader stressed that the invitation to attend the inauguration came from people in Trump's campaign HQ, who are now in the transition team, and that his accreditation "awaits him in Washington."

Dodik also recounted in detail a telephone conversation he had last week with U.S. Deputy Assistant Secretary of State Hoyt Yee, who asked him to give up the policy of his SNSD party, "and to respond to the Prosecution of Bosnia-Herzegovina."

Dodik described the whole story as "a harangue directed by U.S. Ambassador to Bosnia-Herzegovina Maureen Cormack."

"The whole harangue was created the moment the name of Milorad Dodik appeared on the official list (of invitees), and of course a certificate that says ' Milorad Dodik', and the tickets for the (presidential inaugural) ball," he said.

RTRS said in its report that Yee "blamed Dodik for the deadlock Bosnia-Herzegovina on its path towards the EU," and asked the SNSD "to renounce a declaration in connection with processes in 2018."

"I said the old U.S. administration was to blame the most for the fact Bosnia-Herzegovina is in a crisis, and asked them to leave Bosnia-Herzegovina and stop meddling. I said that the SNSD will not give up its policy," noted Dodik.

He added that this telephone conversation was taking place in the presence of Cormack.

"A day after, I was denied a diplomatic visa, with the explanation that I was not going there as a representative of Bosnia-Herzegovina," Dodik said, according to the N1 broadcaster.