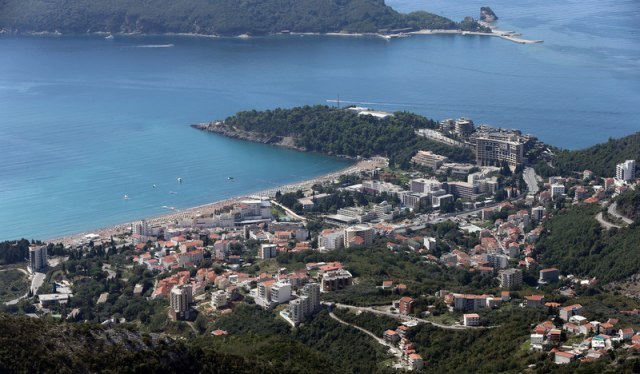 According to Montenegrin media, they claim that they bought the resort six decades ago, and demand that the Kotor court, which filed a lawsuit to determine property rights, issue a temporary measure banning the disposal of land and alienation of the country until the end of the court dispute, Vijesti reported.

The municipality of Budva disputed the lawsuit of the Pristina administration, asking the court to reject it.

The administration of the municipality of Budva believes that the lawsuit has no legal basis in the UNMIK Regulation on the Powers of the Interim Administration in Kosovo from June 1999, as well as in UN Resolution 1244, to which the lawsuit refers.

"The Decree and the Resolution regulate disputes regarding state and other property on the territory of Kosovo. All decrees, orders and other regulations issued by UNMIK, as the Interim Administration of the UN Mission in Kosovo, cannot be applied on the territory of Montenegro, especially in disputes involving for the subject of acquisition, termination, content and exercise of the real right on the immovable thing, because in that case the law of the state in which the thing is located is applicable", it is stated in the answer to the lawsuit.

A detail that is particularly "conspicuous" is that self-proclaimed Kosovo, which seeks independence, in this case refers to UN Security Council Resolution 1244, according to which the southern province is part of Serbia. One of the articles states that the citizens of Kosovo will be able to enjoy "essential autonomy within the FR of Yugoslavia", i.e. Serbia, which is the successor country as a subject of international law and obligations. Therefore, Pristina would indirectly admit that it is part of Serbia.

It authorizes the Secretary General, with the assistance of appropriate international organizations, to establish an international civilian presence in Kosovo, in order to provide interim administration in Kosovo, allowing the people of Kosovo to enjoy substantial autonomy within FR Yugoslavia, and providing transitional administration to establish and monitor the development of temporary democratic institutions of self-government, in order to provide conditions for a peaceful and normal life for all inhabitants of Kosovo.

"Vijesti" reminds that Pristina has been unsuccessfully conducting a dispute for more than a decade in order to prove that the former resort in Kamenovo Bay on the Budva Riviera, built in the hinterland of the beach, is the property of the citizens of Kosovo.

They also filed an appeal with the Court of Appeals of Montenegro, along with a lawsuit with the International Court of Justice in Strasbourg.