Grenell: Meeting of Belgrade - Pristina representatives on June 27 at the White House

Special Envoy of the US President, Richard Grenell, announced on Twitter that the representatives of Belgrade - Pristina will meet on June 27 at the White House 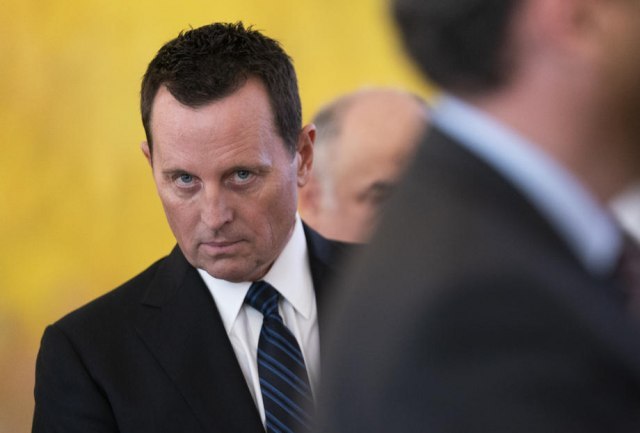 Allegedly, he received assurances from the governments in Belgrade and Pristina that they would temporarily stop the derecognition campaign, i.e. requests for membership in international organizations, in order to meet on June 27 at the White House.

"Great news! I have received the commitment from the governments of Kosovo and Serbia to temporarily pause the derecognition campaign and the seeking of international memberships in order to meet in Washington, DC at the White House on June 27 for Dialogue discussions".

As he further stated, if one of the parties is not satisfied with the talks on June 27, they will return to the status quo.

"As we have consistently spoken, we must first ensure economic growth. That is the focus. I am looking forward to these talks," Grenell concluded.

Great news! I have received the commitment from the governments of Kosovo and Serbia to temporarily pause the derecognition campaign and the seeking of international memberships in order to meet in Washington, DC at the White House on June 27 for Dialogue discussions. (1/2)