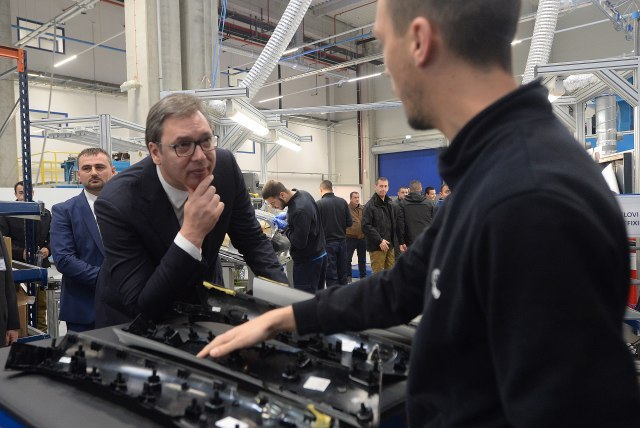 President of Serbia responded to the cover of the weekly NIN, on which the sniper was pointing at him, that this was not the first time and that it all came from the same place.

According to him, all of this was transcribed from the tabloid of Milovan Brkic, as well as all the texts and all the actions of his political opponents.

"I will always fight and protect them so that they can publish whatever they want, let it be only against me. You just point these snipers at me, I have no problem with that. I will fight for your right to publish and write whatever you want. While you do that, I will try to point the tip of the pen to some part of Serbia where we will build a new school, factory and roads", President of Serbia said.

He also noted that he fully approves the NIN cover because they have chosen an excellent sniper, precise and strong.

After facing with strong public reactions, the NIN publisher announced this morning that the cover has been withdrawn.