Vucic: I offered condolences because Babic failed to do it

Vucic said that he visited family of Stanika Gligorijevic, the woman killed in a traffic accident, offering condolences, as Zoran Babic failed to do so 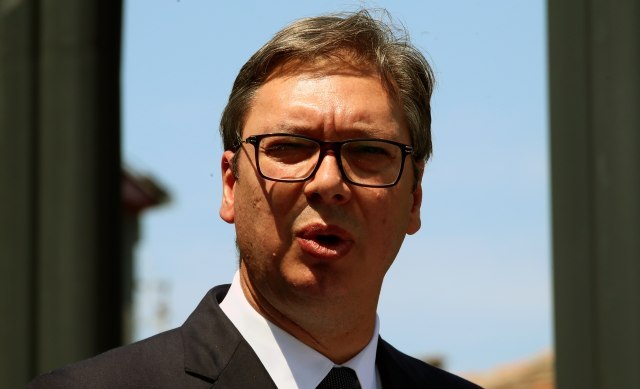 Stanika Gligorijevic was killed in a car crash on the Doljevac tollbooth in a car accident caused by the driver of Corridors of Serbia Director Zoran Babic.

"It was my job to express condolences, as the one who should have done it, failed to do so several months after the accident", President Aleksandar Vucic said in the morning program of TV Pink.

When asked whether it is possible that Babic didn't do it, given that his driver had caused this accident, and he was also hurt, Vucic said that Babic did offer his condolences, but only in a phone conversation, not in person.

The President said he could not understand that Babic hadn't got time to do it, while he had plenty of time to go to Greece, visit Petrovac, Brioni and Munich in the meantime, asking himself how it was possible that he couldn't make it to Knjazevac. "Why was it so hard to visit the family and offer condolences?", Vucic asked himself.

Vucic said that he was always ready to protect his associates, but that he didn't want to hide anything. He also said that he invited Stanika Gligorijevic's husband to come to Belgrade and look at the footage from the pay toll booth.

"I warned him that the footage is horrible. Someone had crashed into Stanika's car with such a great speed. I don't know what was in the driver's head, he didn't fall asleep, he was not drunk, maybe he thought that he could pass by with electronic payment without waiting, and assuming that no one was in front of him. Still, the speed exceeded all the norms under the circumstances", Vucic said.