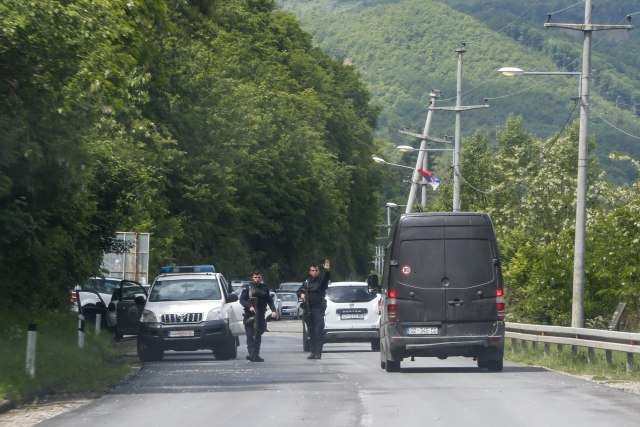 According to him, these power said that the operation of special police forces has nothing to do with the fight against crime, but that this is about excessive measures.

"This is good news, I said - Serbia will win," Vucic said at the session of the Serbian Assembly.

He previously reiterated that in Zubin Potok, special Kosovo police forces fired live ammunition over the heads of unarmed Serbs.

"My message to our people is, and especially to the heroes in Zubin Potok who stood up unarmed and verbally and while shots were fired above their heads, that their heroism will not remain unrecorded," Vucic said, pointing out that they are not criminals but an ordinary people.

He reiterated that the arrests for the sake of alleged fight against crime is merely an excuse and that today's actions represents intimidation of Serbs.

Vucic said that of all of the arrested,e two or three would be linked to crime. He said that he was not a prophet, but that he received information from the intelligence services 20 days ago that there would be arrests and that he also warned Serbs and the international public about it.

The president also said that a Russian citizen was among those arrested.