President warns that Pristina wants to move against Serbs

President Aleksandar Vucic has told RTS that the Kosovo authorities want to arrest 26 police officers from northern Kosovo, and another 15 people. 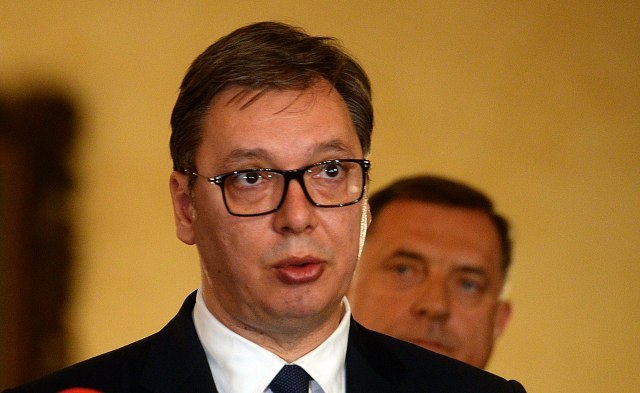 According to him, the excuse for the arrests is that they had participated "in corruption, and the like."

Vucic also told the public broadcaster that "the vicious circle in Kosovo has not been closed."

"They want to arrest 26 Serb police officers from North Kosovo and Metohija and another 15 people, on the pretext that they had participated in corruption and various similar things - so that Kosovska Mitrovica would remain unprotected, and so they could do the dirtiest things against our people," he said.

According to him, this would be followed by "the final act of attempting to completely master the space where the Serbs live in Kosovo."

"Then they would say - we brought you before a done deal, like the Croats did with (Operation) Storm," said Vucic.

The president pointed out that Serbia has informed "international institutions" about this.

"The fact that (Kosovo Assembly president) Veseli speaks about Nis, Kursumlija and other places (in central Serbia) - it would be good if he came, to see what that looks like and how he plans to succeed. And Serbia will react with restraint, calmly, but will protect its people," said Vucic.