An 8-point document of the US National Security Council and the State Department wants Pristina to immediately suspend the taxes imposed on goods from Serbia. 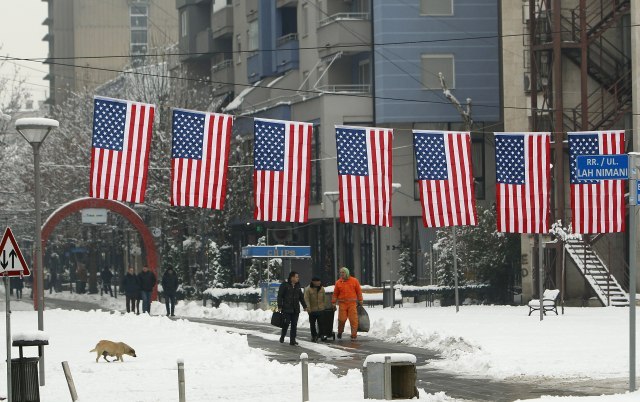 Otherwise, Pristina will face US sanctions in the shape of Washington withdrawing its support to the Kosovo Security Force (KSF), Kosovo-based Albanian language press is reporting on Monday.

According to Klan Kosova, the document has been sent to the Pristina government.

Earlier, the daily Koha reported, cited by Radio Kontakt Plus, that they learned from the US embassy in Pristina this move had been requested repeatedly from the Kosovo leadership.

"We strongly encourage the renewal of focus on Kosovo's key goals - a European perspective and normalization of relations with Serbia," the embassy said.

However, the Pristina government claims not to have received any message from the US regarding the revoking of trade barriers.

"We did not receive any request from the United States," Avni Arifi, chief of the cabinet of the provisional Kosovo institutions' prime minister, has told Gazeta Express.

Koha Online reported earlier today that Washington has, via its embassy, urged Pristina to abolish the taxes increased by 100 percent and thus pave the way for the continuation of the dialogue with Belgrade.