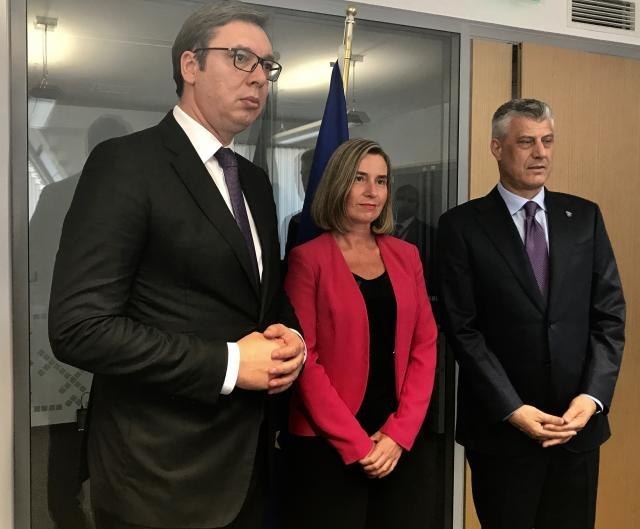 According to the daily Vecernje Novosti, the task of Angelina Eichhorst will be to accelerate and intensify the talks between representatives of Serbian authorities and provisional institutions in Kosovo and Metohija, as well as the implementation of the agreements that have already been reached.

The plan is for Eichhorst to be in constant contact with Serbian President Aleksandar Vucic and Kosovo President Hashim Thaci in the coming months, i.e., for her to engage in "shuttle diplomacy" by traveling between Brussels, Belgrade, and Pristina, and trying to reconcile the positions of the two sides, the newspaper said.

These meetings, the article added, will sometimes be public, and will other times be taking place far from the eyes of the public.

The newspaper also said that Eichhorst will, "when it's needed and when there's room for some breakthrough in the negotiations," signal to organize meetings at the highest political level in Brussels, which should become more frequent in the coming months.

Eichhorst - who, according to Vecernje Novosti, is not inclined toward Belgrade's views - is already involved in the negotiations.

Last weekend, she mediated the technical level talks between Belgrade and Pristina and Marko Djuric and Avni Arifi, while the newspaper emphasizes that by taking on a new role, she will effectively "introduce the dialogue into a new phase, which has been announced for a long time."