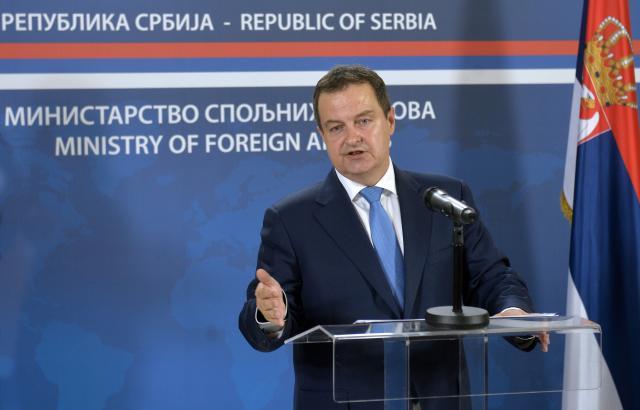 Dacic in this way commented on RS President Milorad Dodik's statement that the RS and Serbia will become united.

Serbia, the minister continued, "respects the territorial integrity of Bosnia-Herzegovina and, of course, has special ties with the RS."

"But this is not a topic that is being discussed now. What will happen in the future, I think that nobody can tell you, especially in such distant future," Dacic told reporters on Thursday, adding that interests of all constitutive peoples in Bosnia-Herzegovina must be taken into account.

Dodik on Wednesday gave a lecture at the Faculty of Political Sciences in Belgrade, and said that "during the next couple of decades, Serbia and the RS should complete their unification into one territory and one state union."

Dacic also said that it was cynical to constantly ask Serbia to declare itself on Dodik, while nobody from the EU is commenting on the statements made by Albanian Prime Minister Edi Rama.