PM says her Japanese counterpart's visit will be "historic" 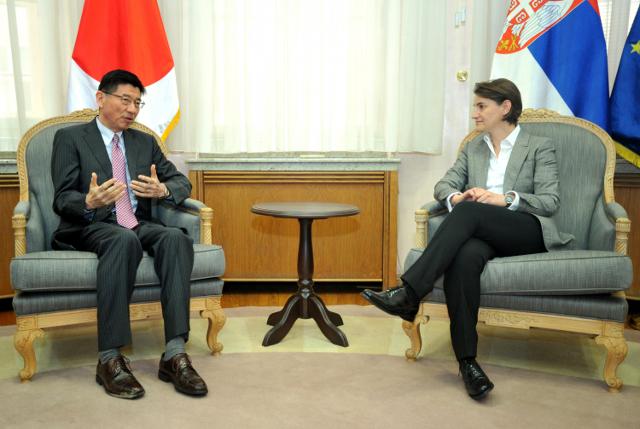 During her meeting with Japanese Ambassador Junichi Maruyama in Belgrade on Wednesday, Brnabic said this will be true regarding "further improvement of relations and dialogue between the two countries."

According to remarks published by the Serbian government, Brnabic "recalled that Serbia and Japan have a long tradition of relations and that important steps have been taken in the past year in cooperation between the two countries at all levels."

According to the government, Maruyama said that Serbia was becoming "an increasingly interesting investment market, as evidenced by Japanese companies already operating in Serbia, but also by an increasing number of businessmen interested in investing here."

He "stressed that the upcoming visit of the Prime Minister of Japan to Serbia together with a delegation of businessmen will be a good opportunity to improve cooperation and transfer experiences, primarily in the field of private sector development and small and medium-sized enterprises."

Brnabic and Murayama "concluded that Serbia and Japan have good international cooperation, which is reflected in mutual support in important international organizations and institutions."