Moscow wants status of RSHC resolved "as soon as possible"

Aleksandr Chepurin has stressed the need to, due to the scope of work, resolve the status of the Russian-Serbian Humanitarian Center (RSHC) as soon as possible. 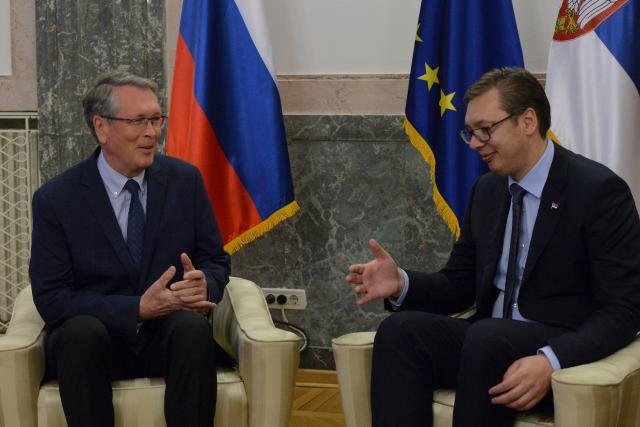 Chepurin, Russia's ambassador in Belgrade, said this during a meeting with Serbian President Aleksandar Vucic, the president's press service announced in a statement on Monday.

According to this, Vucic "emphasized that, in accordance with the policy of independence and military neutrality, Serbia will further develop good relations with Russia, in mutual interest."

Vucic and Chepurin "discussed further steps to improve cooperation" and "expressed their satisfaction with the level of political dialogue and the progress of economic ties between Serbia and Russia, in particular the increase in trade this year."

The two interlocutors also "noted the significant progress of military and military-technical cooperation, pointing out that the delivery of Russian MIG-29s to the Serbian Army represents a major contribution to protecting regional stability and maintaining peace in the Balkans," the statement, carried by Beta, said.