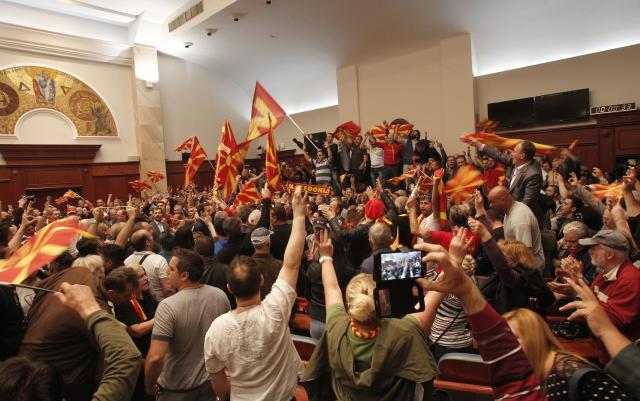 Vucic, who chairs the Bureau, said what is happening in Macedonia is not only a Macedonian problem, "but a problem for all of us who live in the region."

According to the Serbian government, he also "appealed to the citizens of this country to solve problems peacefully," and sent them the following message:

I am very concerned about this evening's events and my only message is to ask them to all the problems and resolve disputes in a peaceful manner.

Calming the situation is certainly in the best interest of Macedonia and its citizens, and all other problems can be solved at the negotiating table, in a peaceful way, in a peaceful atmosphere.

This is not only a Macedonian problem, but is becoming a problem for all of us and therefore we should ensure peace and stability for our children."

A group of protesters on Thursday evening stormed the Macedonian Assembly in Skopje.