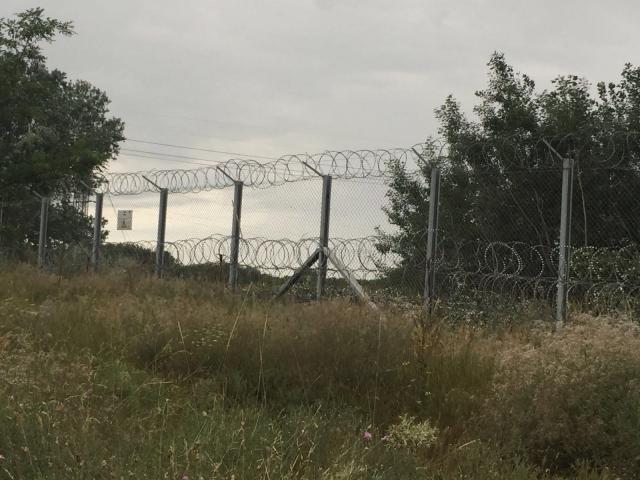 The plan is to send back small groups of people. B92 learned on Wednesday that 190 migrants crossed the border into Serbia last night - and did so through "improvised passages in the Hungarian border wall" rather than via the Horgos border crossing.

The return of migrants is being done at night, by creating "an improvised point somewhere along the fence." Hungarian army and police patrol the fence around the clock.

B92's TV crew at the border was told that video recording was prohibited.

Our reporter saw a transit center at Horgos with about 500 people in tents waiting to enter Hungary legally. Some 30 people are let in per day - 15 through Horgos, and 15 through another border crossing, Kelebija.

As for media reports about tensions and extraordinary events at the border between the two countries, including deployment of helicopters and drones, none of that was evident on Wednesday - the situation was calm.

Asked to comment, Prime Minister Aleksandar Vucic, who was visiting Obrenovac, said on Wednesday that Serbia would not change its policy toward migrants and that he "believes in Angela Merkel's policy."

He told reporters that "Serbia in the past period acted seriously and responsibly" when it comes to migrants, and added:

"And that is how it will behave in the future. I am neither nervous nor scared. Those are boyish games being played, if I were to deal with it in that way, I would not seem serious to myself."