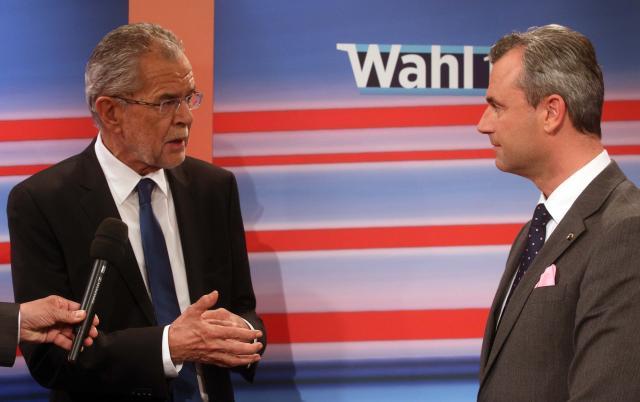 Bellen's father was born in Pskov, but after the October Revolution emigrated to Estonia and then to Austria in 1940, where the country's new president was born.

As for Bellen's attitude towards Russia, the 72-year-old politician has been quoted as saying that "international conflicts and climate change cannot be solved without Russia."

Hofer conceded defeat on Facebook and thanked his voters for their "excellent" support.

In an interview for Tanjug last week, Hofer said he was against admitting the self-proclaimed state of Kosovo to international institutions. Tanjug also spoke to Bellen, who said he would "work on supporting the region of the Western Balkans along the path toward the EU."

He also "noted that no country has so close economic and historical relations with the Western Balkans as Austria does," and that the Serbian community in Austria is "under-represented in political parties."