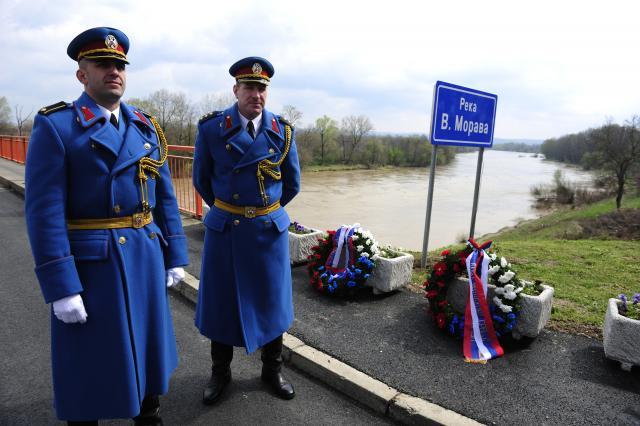 "I heard the screams of the girls who were holding on to the railing of the destroyed bridge, and I ran to help them," Dakic said.

But as he was trying to help those wounded in the first air strike, another one followed, which left him with wounds to his left leg and left arm.

Another survivor, Momcilo Jevtic, whose house is located near the bridge, told a similar story:

"I was fishing some 20 meters away from the bridge that day, when it struck the first time. I heard the cries for help from the wounded and ran to help them. I saw the wounded girls on the bridge railing. Another attack followed and that's when I was wounded in the arm and head, I have 64 pieces of shrapnel in my leg."

NATO's warplanes on May 30, 1999 attacked the bridge on the Velika Morava River in Varvarin with a total of four missiles, killing ten people, and seriously wounding 17.

The youngest victim was Sanja Milenkovic - a 15-year-old Mathematical Gymnasium student. The attacks took place as the town was full of people for an Orthodox Christian feast day.

The families of victims, Prime Minister Aleksandar Vucic and Varvarin Mayor Zoran Milenkovic were today among those who attended religious ceremonies and honored those killed in front of a memorial dedicated to them. They also lowered wreaths into the river, while Vucic addressed the gathering.