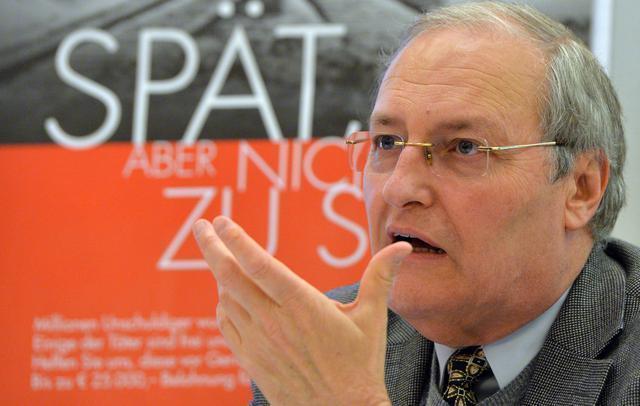 The Croatian website index.hr on Wednesday described Hasanbegovic as "admirer of Ustasha leader Ante Pavelic, who denies anti-fascism and the Croatian Constitution."

The Ustasha regime was in power in the WW2 Nazi-allied entity Independent State of Croatia (NDH) that operated death camps for Serbs, Jews, and Roma, including Jasenovac.

Zuroff spoke for the website to say he would study all materials regarding Hasanbegovic, and asked the media outlet to send him "everything they can find on this subject."

Asked whether he was "following the goings-on in Croatia over the past few months," Zuroff asked whether the question concerned the new culture minister, and responded affirmatively.

Asked to comment on the fact Hasanbegovic in one interview "showed considerable understanding for the misdeeds of Grand Mufti of Jerusalem Al-Husseini before, during, and after the Second World War by saying he was the victim of historical circumstances, of British colonialism and militant Zionism" - the website said Zuroff "first laughed for a long time," and then replied:

"Next they'll say Ante Pavelic was also the victim of political and historical circumstances. This is disgusting. I don't understand how such a person can become a minister in a country that is a good and respected member of the European Union."

Nevertheless, added Zuroff - known as "the Nazi hunter" for his activities as a Simon Wiesenthal Center official - Hasanbegovic has been appointed, "and it seems he will remain (in office)", adding:

"Not only is he more or less admiring Al-Husseini, but he also claims that anti-fascism is merely a platitude. Interesting. If there is anything that should be a source of pride for people in Croatia it is those who fought against the Ustasha, who fought for freedom and against those who committed mass murder of minorities in the NDH."

The website reported that Zuroff also "reminded that Croatia was divided between the Ustasha and those who fought against them - and anyone with any morals and intelligence ought to be clear on the fact the Ustasha were criminals, not heroes."

"It's incredible that somebody admires people from the Handzar (SS Handschar) Division," Zuroff said, describing the members of this WW2 Nazi formation mostly made up of Bosnian Muslims as "some of the worst imaginable people."

According to the website, during the recent debate in the Croatian parliament ahead of his election as the minister of culture, Hasanbegovic said that "Yugoslav totalitarianism" rather than anti-fascism emerged as the victor from the Second World War, and that Croatia is "in perfect opposition to Yugoslav totalitarianism."