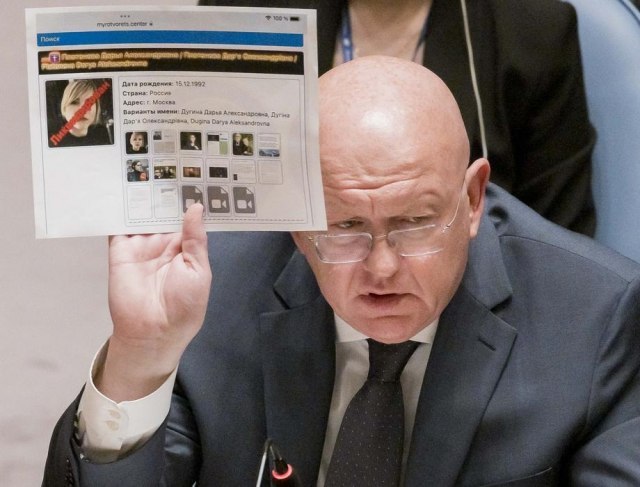 US intelligence services believe that individuals within the Ukrainian government approved the assassination of Darya Dugina, the daughter of the influential Russian philosopher Alexander Dugin.

The news was published by the New York Times, stating that the US denies any involvement in this attack.

The intelligence services of the United States of America were not aware of the plan of the attack in which the Russian journalist Darya Dugina was killed, but unnamed administration officials in Washington, after the explosion in Moscow, reprimanded the Ukrainians, considering that such an event could add fuel to the fire of the conflict.

New details of the assassination in which Alexander Dugin's daughter was killed were published by the New York Times based on a document that was distributed to administration officials in Washington last week.

The document also states that Washington was not informed in advance about the plans for the attack, and that it did not provide intelligence or any other assistance, but Ukrainian officials were strongly reprimanded after the assassination.

Dnevnik, referring to the statements of unnamed officials, states that it has not been disclosed who organized this operation and whether it was approved by President Volodymyr Zelensky.

Also, it was not disclosed which of the U.S. officials reprimanded the Ukrainians, nor what their response was. Immediately after the murder of Darya Dugina, the authorities in Kyiv denied responsibility for involvement in the attack.

At the time, Zelenskiy's advisor, Mikhail Podolyak, rejected responsibility for the attack, stating that "Russian propaganda lives in a fictional world."

"Russian propaganda lives in a fictional world. A Ukrainian woman and her 12-year-old child are responsible for blowing up propagandist Dugina's car. Surprisingly, they did not find an Estonian visa at the scene," Podolyak announced on Twitter.

After the explosion, the Russian Federal Security Service stated that the murder was committed by a citizen of Ukraine, who then fled to Estonia. Similar accusations were made at the headquarters of the United Nations in New York by the head of the Russian mission to the world organization, Vasily Nbenzya.

Darya Dugina was killed on August 21 in a car explosion in the suburbs of Moscow. The "Toyota Land Cruiser Prado" was her father's property.