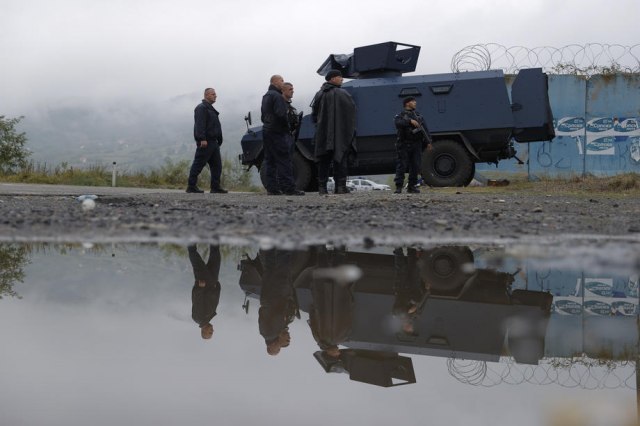 At this checkpoint, which is still under construction (the asphalt is being widened and filled several meters deep), a crew with one armored vehicle was "on duty" yesterday, and this morning only the morning shift of the Border Police.

U.S. KFOR members are stationed at two checkpoints in the municipality of Leposavic.

"Kosovo Online" states that members of KFOR did not stop or control traffic, as they had not done in previous days, and this portal points out that it seems as if their intention is only to be noticed.

New forces of Kosovo policemen and hourly cruises on the roads in the north of Kosovo and Metohija bring unrest among the Serbian population. The tensions are almost tangible, despite the agreement reached on personal documents and the assurances of international mediators that peace must be preserved and that Pristina will not withdraw the unilateral implementation of the license plate measure, the media reports.

"We don't trust them and we won't," is the undivided opinion of Serbs in the northern municipalities of Kosovo and Metohija.

"If Pristina didn't have some kind of plan, it wouldn't be piling armed special forces here."

"Novosti" interlocutors say that sometimes even two armored vehicles stop in front of their houses, go out with long pipes on the road, stop the vehicles and check them.

Along with the forces sent by Kurti to the North, the presence of KFOR has also increased in this part of Kosovo and Metohija. Two kilometers from the new base of the special police forces towards Leposavic, American members of the international army are on duty. They seem almost disinterested even when cars stop at their checkpoint.