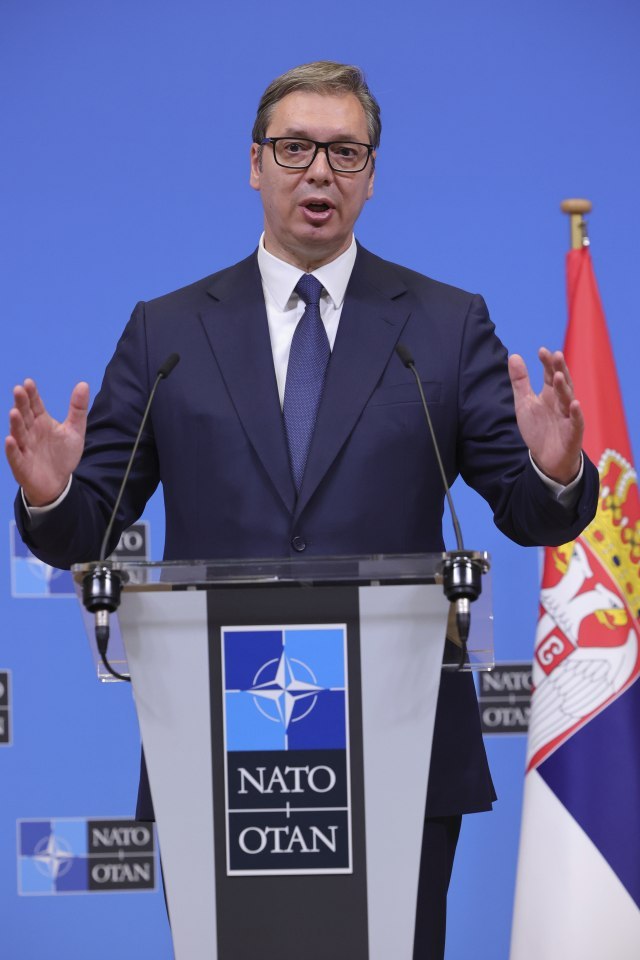 Vučić, answering a journalist's question after the meeting with Jens Stoltenberg, said that Serbia is a militarily neutral country.

"Serbia wants to preserve peace, it wants to secure its own sky, its own land, its own people, its own population, and that is how it will behave in the future," said President Vučić.