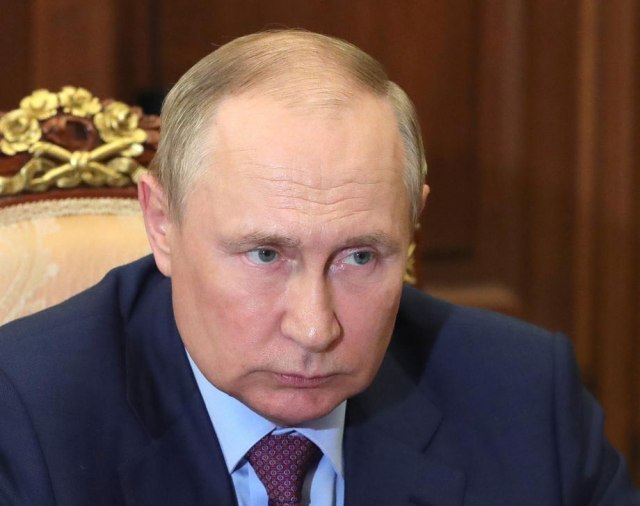 The news comes just days after Ukraine's intelligence chief suggested Putin had been replaced by a doppelganger during a state visit to Iran.

Kirill Budanov, the head of Ukraine's military intelligence agency, raised suspicions after reviewing a video of the Russian leader exiting a plane in Tehran on Tuesday.

"Please look at the moment Putin got off the plane. Is that even Putin?" he said on Ukrainian television.

General Budanov has previously claimed that Putin is being secretly treated for cancer and that chief adviser Nikolai Patrushev regularly replaces him during operations.

None of the channel's claims have been confirmed, but Putin would not be the first Russian leader to use such methods.

It is believed that Stalin used multiple doubles during his time at the helm of the Soviet Union, two of whom have spoken about the experience.

One of them, known only as Rashid, claimed he was one of several men employed by the KGB to stand in for Stalin at public appearances during which he could become a target for assassins, as well as to deceive the public into thinking he was healthy when he was ill.

Putin himself has admitted that he considered using decoys for protection during the Chechen war but claims that he rejected the idea and that it was never implemented.

General SVR, which claims to be led by a former officer of the Russian Foreign Intelligence Service, reported today:

"Putin needed emergency medical assistance from the night of Friday, July 22 to Saturday, July 23. Around one o'clock after midnight, the president called the medical staff on duty in his residence. Putin complained of severe nausea. About twenty minutes later, an additional medical team with the president's doctors was alarmed. It is known that the doctors helped him and stayed with him for three hours, leaving his quarters some three hours later after his condition improved."

It is also claimed that a decision has been made that he will be replaced by a doppelganger for some events scheduled for this week.

"The Americans, especially the CIA, have information about the actual state of health of the Russian president. They definitely know that he has serious problems, including mental ones," said political scientist Valery Soloway, who has long claimed that the Russian leader is ill.

He spoke despite CIA Director William Burns saying last week that Putin was even "too healthy."

The Kremlin routinely denied that Putin has had any health problems.