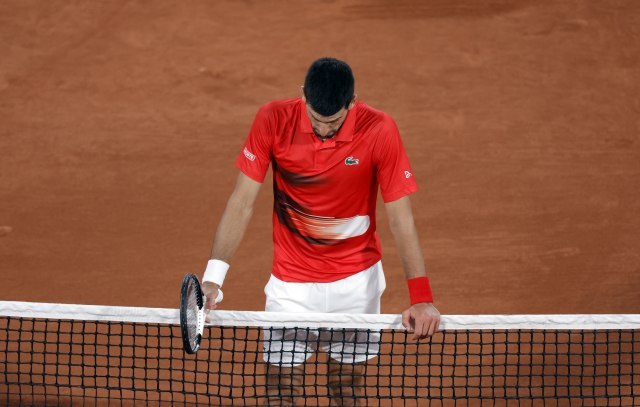 The ATP recently punished Wimbledon for sanctions against the Russians and deprived them of the right to award ATP and WTA points.

Due to that, the participation of many tennis players was questioned, but Novak confirmed that he is not one of them.

While Djokovic will be welcomed at Wimbledon, Russian and Belarusian players have been banned from the tournament due to the ongoing conflict in Ukraine.

Players, including Djokovic, have slammed the decision but those in charge of the competition are currently standing by the call.

"If conditions significantly change, we would happily review. At this point, we're very clear about our intent," they were decisive.

"We absolutely acknowledge that others will have different views about the decision we have taken, but in the context of the government guidance and increasingly serious situation in Ukraine, we really believe it is the only viable option we could take. The government did set out clear guidance within which we had to operate, but it is our decision based on the reasons we've set out."

"Wimbledon is still Wimbledon. I dreamed about it as a child and I never thought about points or the prize fund, but I understand the damaged players. This is a situation where everyone loses," Novak said after winning the first round of Roland Garros.

Novak is defending the title at Wimbledon, of which he has a total of six trophies. Due to the decision of the ATP at the third Grand Slam of the season, the Serbian tennis player will not be able to defend 2.000 points, as was the case in Australia, from which he was deported.

"On a personal level, of course, I will lose 4.000 points this year without the opportunity to defend them - Australian Open and Wimbledon. Individually, it negatively affects me. I talked in the last few days with the management and president of ATP, as well as some members of the Players... Collectively, I am glad that the players have united with the ATP and shown the Grand Slam that when a mistake happens - and it did happen at Wimbledon - we have to show that there will be consequences. I support the players and the unity of the players, always did it myself and I will always do it", Serbian tennis player explained.

Will the world No. 1 defend his French Open title this year? 🏆#RolandGarros | @DjokerNole pic.twitter.com/zepxymdr88

World No. 1 revealed that he had an insight into some interesting documents.

"It was up to Wimbledon and the LTA to make that decision... However, only a few days ago I learned that they received recommendations from the British government. There were several options in that document, not just one on the table, and they did not discuss any of them. Neither with the ATP, nor with the players as individuals, nor with the Russian and Belarusian tennis players. To communicate and see if there is room for compromise, so that it might turn out right, but the topic is extremely sensitive - whatever is decided, a conflict will be created and we will be divided instead of uniting. They could take into account... Ukraine can play an exhibition, or play together in a mix, so that the money goes to the victims in Ukraine... There were different ideas, but there was no communication from Wimbledon," Novak said, adding: "Is there a better solution than just taking away points and not allowing players to defend or earn points... Everyone is affected. For me and others who did well last year at Wimbledon, we can't defend those points, and some of them will not have the opportunity to earn new ones. It is a unique and strange situation, I must say", Novak concluded.