PODGORICA -- Democratic Montenegro has accused Deputy Prime Minister Dritan Abazovic of standing behind the arrest of an activist who called for tonight's protests.

PODGORICA -- Democratic Montenegro has accused Deputy Prime Minister Dritan Abazovic of standing behind the arrest of an activist who called for tonight's protests. 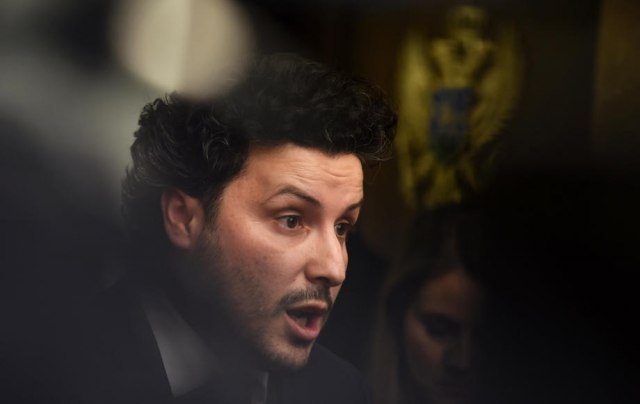 The man who called for protests was detained last night, but was released without delay after the prosecutor stated that there were no elements of a crime in the procedure.

Democrats, however, warn that Abazovic is abusing his position, trying to intimidate citizens.

"Future DPS prime minister-designate, Dritan Abazovic, is trying to compensate for the lack of support for the torturous act he is building these days to the detriment of Montenegro. He is already fulfilling his threats that the state will 'respond' by arresting peaceful activists," Democrats said.

"We must congratulate him on the amount of expressed fear and insecurity, because neither the DPS did that, nor did they arrest activists calling for protests! Abazovic is doing this because he knows exactly how it stands, and he knows exactly that his plan to betray citizens hangs on a very thin thread", they pointed out.

Democrats inquired if anyone will be held accountable for harassing the arrested activist, as they say.

"For example, some of the 'pro-European' security sector officials who are dealing with Stalinist methods of stifling the freedoms of Montenegrin citizens might be held accountable. They will, sooner or later," the Democrats said, adding that "there is no Dritan" who will prevent citizens from going to the peaceful protests tonight.

In the meantime, the URA movement also spoke out.

"Neither Dritan Abazovic nor URA control the arrest of any individual, as he is being accused by Democratic Montenegro," the party said in a statement.

The URA movement said that in recent days, and especially since their leader Aleksa Becic was removed from the position of Speaker of the Assembly, "Democrats are relentlessly trying to overwhelm the Montenegrin public with untruths and conspiracy theories."

"This is the last in a series that targets Deputy Prime Minister Dritan Abazovic for the alleged responsibility for apprehending a civic activist. Since they always lack courage and directness, we didn't even think that they would at least say that the 'civic activist' is in fact their member who, on the orders of Aleksa Bečić and Boris Bogdanović, calls for revolt with a megaphone from the car because Aleksa slipped out of her chair" the statement said. They expect Aleksa Bečić to offer an apology for this accusation in a few days.

"It is quite clear that neither Dritan Abazović nor URA control the arrest of any individual," said the movement. The party states that the Democrats would like the laws to apply to everyone, but not to them.

"In that manner, there is also an invitation to gatherings, which are prohibited by the current health measures. But nothing unusual, coming from the party of Aleksa Bečić", it is stated. The URA movement says that the gatherings and protests of the Democrats are not on their minds.

"Primarily due to the fact that in the previous days the nature of these gatherings came to light, together with Vesna Bratic and fascist cries. URA and its leader are dealing with more serious state affairs, unlike the Democrats, whose policy is driving cars and shouting in megaphones. There is no Aleksa Bečić who will stop us on the path of building a civil and European Montenegro. We regret that he suddenly deviated from that path", they concluded in the statement.