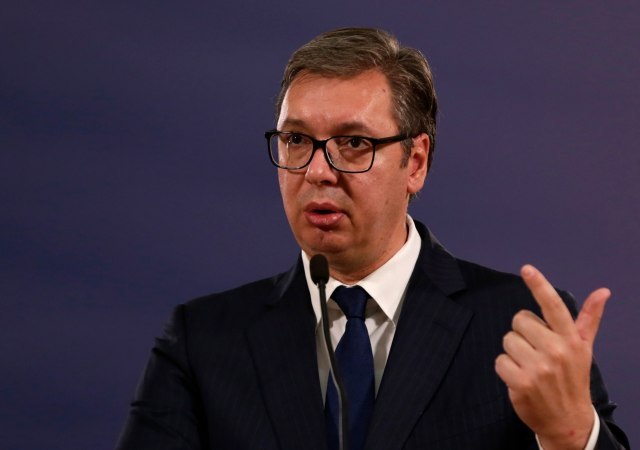 He announced that the company will employ about 1.000 workers.

Vučić said that it was a great event for Vranje, Pčinja district and southern Serbia.

"I am so happy because we struggled a lot with that Geox, it is not fair that they did it, it leaves a bad impression on all investors, even from that country," Vucic told K1 television.

He said that this morning he received a letter from his economic advisor Jörg Heeskens and that the new German companies are showing great interest in Serbia. "It will be a good year for us, with a lot of good investments, there will be great news, just to preserve this level of investment, to preserve peace," said Vucic.

He stated that he would soon arrive in Valjevo from Belgrade in 50 minutes by the Lajkovac-Valjevo highway, and noted that musician and producer Zeljko Joksimovic, who is from Valjevo, had experienced "hell" just for saying that he dreamed of it all his life. Vučić said that there is no problem with the fact that Željko Joksimović is making a film with those who attack and criticize the government every day, and that he should get money from the state for that.

"Our work and effort and the results that people see have contributed to that. You can't tell people that Belgrade Waterfront is bad and ugly. People enjoy in Belgrade Waterfront, they enjoy the promenade, they enjoy everything. Whether it is better or more beautiful is another matter, but there is no doubt whatsoever that the highway to Valjevo is not good, either to Cacak or to Pozega, or through the Grdelica gorge", Vucic noted.

As he says, people do not want to hear that everything is bad, especially when they see that they have higher salaries, pensions, when there are more hospitals, roads, railways, theaters, sports halls, and all that, he points out, is much more than before.