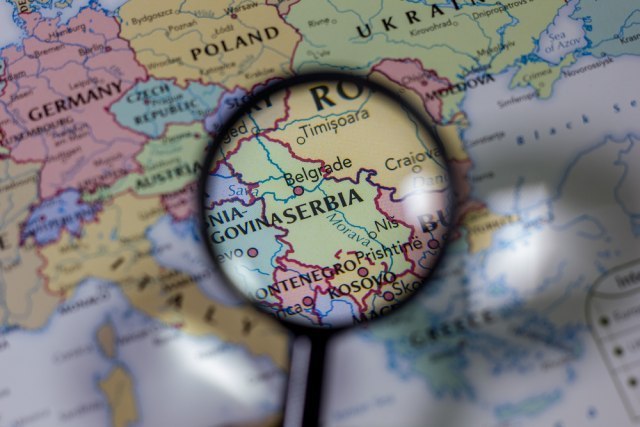 Alexander Botsan Kharchenko added that its disruption is a task that needs to be solved first.

Commenting on Sarajevo's accusations that Serbia and Russia are to blame for the latest institutional crisis in BiH over support for BiH Presidency member Milorad Dodik, the Russian diplomat said no magnifying glass was needed to see that the Serb leadership had not caused a crisis in Bosnia-Herzegovina, not to mention Serbia and Russia.

According to him, that was done, above all, by international officials who should be responsible for overcoming the existing problems.

"It was the High Representative in BiH, Valentin Inzko, who, before he voluntarily resigned, flagrantly interfered in internal state issues," Botsan-Kharchenko told Cord magazine, Srna reported. He assessed that the situation seriously worsened when the West nominated Christian Schmidt as the next High Representative, without consensus in the Steering Board of the Peace Implementation Council, outside the UN Security Council, and without the approval of all parties in BiH.

"We believe that there is only one way to overcome these artificially created challenges. All parties in BiH need to rejoin the dialogue on how to overcome all problems and differences. This will ensure the implementation of the 1995 Dayton Accords, ensure BiH's sovereignty and broad powers of the two entities, as well as equal rights of the three constituent peoples", Botsan-Kharchenko concluded.