BELGRADE -- The Supreme Court of Cassation has decided that the actor and director Dragan Bjelogrlić will be tried in Belgrade in the First Basic Court.

BELGRADE -- The Supreme Court of Cassation has decided that the actor and director Dragan Bjelogrlić will be tried in Belgrade in the First Basic Court. 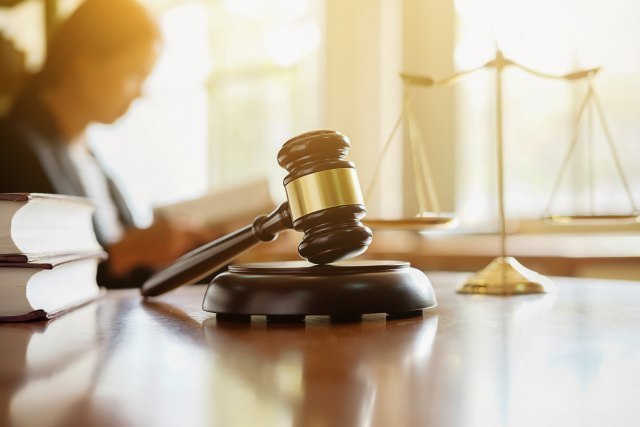 It should be reminded that Bjelogrlić was detained on August 23 on suspicion that he attacked director Predrag Gaga Antonijević in the "Ambassador" hotel in Niš and hit him in the head several times.

Bjelogrlic was then detained for 48 hours, and after he admitted to the attack before the Nis prosecutor's office, his detention was lifted.

On September 6, accompanied by a lawyer in the Nis prosecutor's office, Antonijevic testified for almost two and a half hours about the circumstances that preceded before and after Bjelogrlic's assault.

After the incident, Bjelogrlic said that he was sorry that he responded "in an inappropriate way to the provocations that took place that evening, and have been going on for a year or more."

Rationale of the decision

The Supreme Court of Cassation concluded that the proposal of an individual judge of the Basic Court in Nis was founded, who proposed that the case against Bjelogrlic, accused of violent behavior against his colleague Dragan Antonijevic, be delegated to the First Basic Court in Belgrade.

Both the accused and the injured party, as well as the witnesses in this procedure and the defense counsel, are all from Belgrade, so it is more expedient for the trial to take place before the Belgrade court.

"According to this court, the circumstances presented in the proposal of the single judge of the Basic Court in Nis, which also arise from the case file, are reasons of procedural expediency in terms of Article 33 of the Law on Justification, which justify the transfer of territorial jurisdiction to another court with real jurisdiction. the basic court in Belgrade", it is stated in the decision of the Supreme Court of Cassation, which Tanjug had insight into.

On November 26, the Basic Public Prosecutor's Office in Nis filed an indictment against Bjelogrlic, because at the end of August, in the early morning hours, he hit director Predrag Antonijevic on the head several times in the "Ambasador" hotel in Nis. Bjelogrlic has been charged with the criminal offense of violent behavior, and the prosecution is asking the court to sentence him to six months in prison, spokesman for the prosecution Ivan Markovic told Tanjug earlier.