BELGRADE -- Today, final decision was made in the trial for the murder of the journalist and owner of "Dnevni Telegraf", Slavko Ćuruvija, on April 11, 1999.

BELGRADE -- Today, final decision was made in the trial for the murder of the journalist and owner of "Dnevni Telegraf", Slavko Ćuruvija, on April 11, 1999. 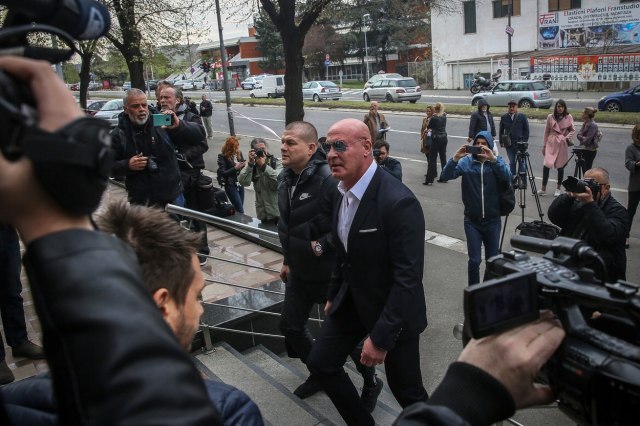 A special department of the High Court in Belgrade (Special Court) sentenced four former members of the State Security (DB) to a total of 100 years in prison today.

According to the new verdict, Ćurvija was killed by an unidentified person, while the DB gave him logistical support.

The then head of the DB, Radomir Markovic, and the head of the Belgrade DB center, Milan Radonjic, were again sentenced to 30 years in prison for inciting murder, while former operative of the Belgrade center, Ratko Romic, was sentenced to 20 years in prison as accomplices in the murder, while a member of the DB reserve force, Miroslav Kurak, is on the run, so his verdict will be pronounced in absentia.

This is the second first instance verdict, which is pronounced after the first one was annulled by the Court of Appeals last year and the trial was ordered to be repeated, precisely because the indictment was exceeded by introducing an unidentified person not mentioned in the indictment.

The Prosecutor's Office for Organized Crime and Defense also have the right to appeal the new verdict to the Court of Appeals in Belgrade.

The verdict is being attended by the Chairman of the Commission for investigating the murders of journalists, Veran Matic.

At his own request, Markovic was not brought to the verdict pronouncement. Today, Romić and Radonjić, who attended the pronouncement, were given extended house arrest.

The four defendants were sentenced to a total of 100 years in prison after the first trial, but that verdict was overturned by the decision of the Court of Appeals, which ordered a retrial, because that verdict introduced an unidentified person as the direct perpetrator of the murder, which is contrary to the indictment.

The indictment claims that Ćuruvija was killed by Kurak, and that his accomplice was Romić, who allegedly hit Ćuruvija's friend Branka Prpa in the head with a pistol. According to the indictment, Markovic and Radonjic encouraged them to do so.

The prosecution claims that the motive for the murder was Curuvija's appearance in the domestic and foreign public, as well as his criticism of the then president of the FRY, Slobodan Milosevic, and his wife, Mirjana Markovic.

Curuvija was followed until his murder, and his movements were especially intensively monitored on April 10 and 11, 1999, when, according to the indictment, he was liquidated in the house in Svetogorska Street, where he lived.

He was killed between 16:39 and 16:45, while his friend and eyewitness of the murder, Branka Prpa was in the company of him in the yard in front of the entrance to the building, where the premises of the marketing service of the "Daily Telegraph" were located.

Prpa claims from the beginning of the procedure that she does not recognize the accused as the perpetrators of the murder.