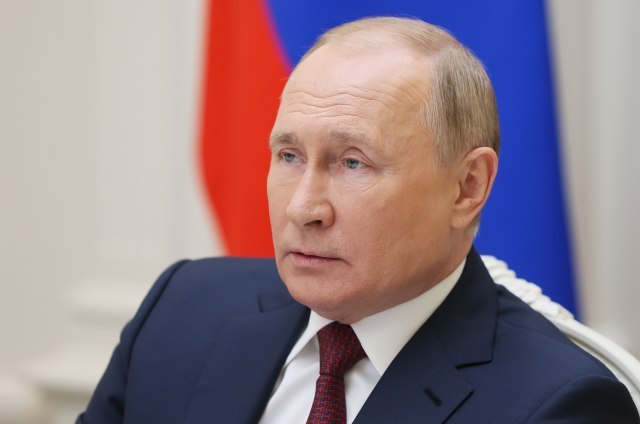 He stated that Moscow would consider the deployment of certain offensive missile capacities on the territory of Ukraine as a "trigger".

At the investment forum in Moscow, Putin said that he hoped that common sense would prevail on all sides, but he also wanted NATO to be aware of Russia's concerns regarding its own security, and in relation to Ukraine, Reuters reports.

"If some strike systems appear on the territory of Ukraine, the flight time to Moscow will be 7-10 minutes, and five minutes in the case of the use of hypersonic weapons. Just imagine that," Putin said. "What should we do in such a scenario? Then we will have to do something similar in relation to those who threaten us in that way. And we can do that now," Putin said.

According to him, Russia has just successfully tested a hypersonic rocket that will be in use at the beginning of the new year and which has a flight time of 5 minutes and a speed nine times faster than the speed of sound. "The creation of such threats (in Ukraine) is a red line for us. But I hope that will not happen. I hope that common sense and responsibility will prevail, both in our two countries and in the world community," Putin said.

Russian President emphasized that he has justified concerns in Russia due to, as he says, the fact that large-scale exercises are being carried out near its borders, including unplanned ones, as was recently the case in the Black Sea, when strategic bombers flew 20 kilometers from Russian borders.

Will he run again?

Putin also said he has yet to decide whether to run for president again when his current term ends in 2024.

In April, Russian president signed a law that allows him to run for two more six-year terms, reminds Reuters.