PODGORICA -- The Cabinet of the President of the Montenegrin state reacted to the statement of the spokesperson of the Russian Ministry of Foreign Affairs, Maria Zakharova.

PODGORICA -- The Cabinet of the President of the Montenegrin state reacted to the statement of the spokesperson of the Russian Ministry of Foreign Affairs, Maria Zakharova. 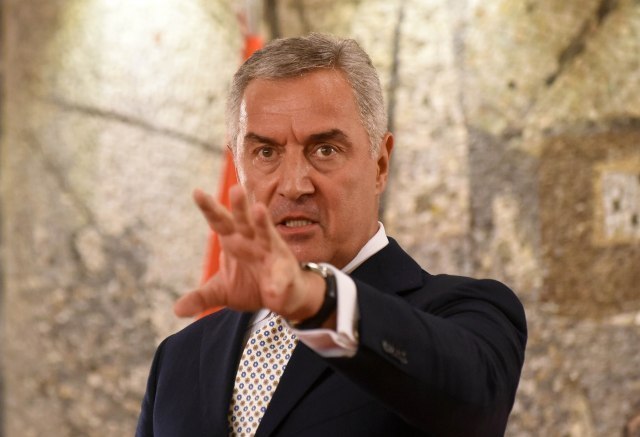 The cabinet of President Milo Djukanović issued a statement stating that the way in which Russia treats Montenegro and its president is shameful.

Zakharova said on Tuesday that Djukanovic's accusations against official Moscow and the Russian Orthodox Church were his attempt to regain power.

Reacting to the accusations of the Montenegrin head of state, she assessed that the group around Djukanovic persistently continues to play the church card, and that the goal is to introduce confusion, divide Montenegrins into friends and enemies and raise the level of tension in society in order to renew the government under his auspices.

She pointed out that at the same time the fact that the opinion of a significant part of the population of Montenegro was ignored under the previous government, which was focused on the so-called Euro-Atlantic orientation, was diligently hidden, RIA Novosti reported.

Djukanovic's cabinet announced on Sunday that Russia and the Russian Orthodox Church are destabilizing Montenegro in an attempt to satisfy the "imperial ambitions" of official Moscow and the "Greater Serbian ambitions of Belgrade."

"Statements are coming from Moscow again, in which the word 'shame' has taken root, inventing that the majority of Montenegrin citizens support the Serbian Orthodox Church", it is stated in the announcement from the office of the President of Montenegro. They cannot, they say, actually hide how much the "so-called" Euro-Atlantic orientation of Montenegro hurts them. But, they add, they do not mind that "Serbian Patriarch and Serbian Metropolitan were delivered to Cetinje by a NATO helicopter, covered with a bulletproof vest."

"This action is also supported by Russia," the statement reads, adding that "history will place those who are responsible for that on those very pages."

Djukanovic believes that strong reflections of certain "global political disturbances" are being felt in the region, and that these disturbances have led to the reawakening of, as he said, "some retrograde political ideas".

In New York, after an informal working dinner of Western Balkan leaders hosted by EU High Representative for Foreign Affairs and Security Policy Josep Borrell, Djukanovic said that these retrograde political ideas were mainly inspired by the recomposition of borders in the Western Balkans and the creation of conditions for enlarged national and religiously homogeneous states.

"I pointed out that I consider it very retrograde and absolutely disastrous, as evidenced by the losses we had in the former Yugoslavia in the early 1990s, which are a consequence of the ideas of that time identical to today's ideas," Djukanovic said.

He added that he pointed out that this is something that not only threatens the civic, secular and pro-European profile of Montenegro, but also threatens the stability of the Balkans, and thus, according to his assessment, threatens European stability and focus on further prosperity and competitiveness of Europe as a common home.

"It seems to me that all interlocutors understood these warnings very well. Together, we called on the EU, with the initiation of the High Representative for Foreign Affairs and Security Policy, Mr. Borrell, to make additional efforts to help the WB reach its European perspective in the near future," Djukanović concluded.