BELGRADE -- An indictment was filed today in the Prosecutor's Office for Organized Crime against Veljko Belivuk, Marko Miljković and 29 other members of their group.

BELGRADE -- An indictment was filed today in the Prosecutor's Office for Organized Crime against Veljko Belivuk, Marko Miljković and 29 other members of their group. 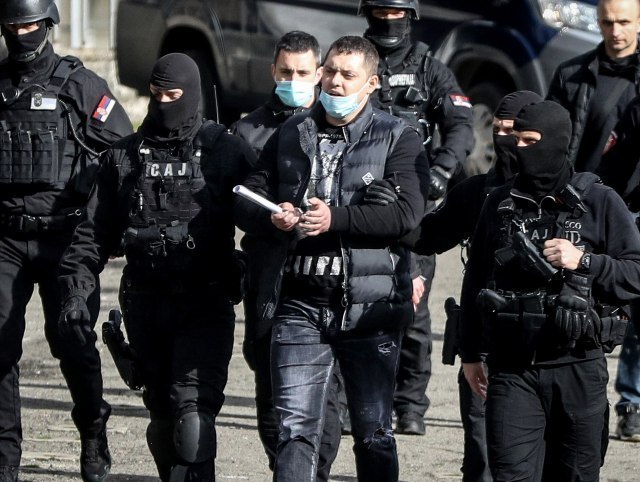 More than 322 pages of evidence and other charges have been sent to court for confirmation.

It should be recalled that they are currently accused of five murders, illegal possession and distribution of narcotics and weapons, kidnapping and rape.

Details of the indictment are not yet known. Earlier, the police discovered DNA samples in a weekend house in Ritopek in a meat grinder.

These are people who are listed as missing, and who are justifiably suspected of being killed by members of the Veljko Belivuk clan.

Interior Minister Aleksandar Vulin said that after the expertise, members of the Ministry of the Interior and the Prosecutor's Office for Organized Crime definitely confirmed that the meat grinder found in the house belonging to the Belivuk and Marko Miljkovic clan in the Belgrade neighborhood of Ritopek contained several DNA samples of different victims.

Veljko Belivuk, better known as Velja Nevolja, was arrested at Rudnik in a large action by the police and the Security-Information Agency on February 4.

His closest associate Marko Miljković and 14 other members of the criminal group led by Belivuk were also arrested.