Prishtina -- Political analyst Milazim Krasniqi said that from the start, EU had the wrong approach in the process of dialogue between Kosovo and Serbia, leading to dead end

Prishtina -- Political analyst Milazim Krasniqi said that from the start, EU had the wrong approach in the process of dialogue between Kosovo and Serbia, leading to dead end 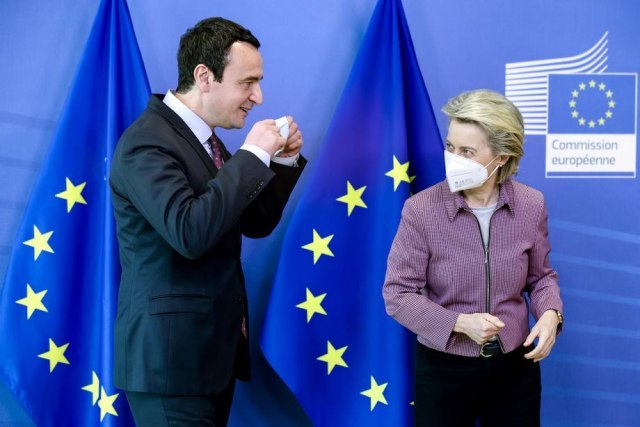 He believes that we should first discuss a comprehensive legally binding agreement, and only then find solutions to other technical issues.

"The last meeting between Prime Minister Kurti and President Vučić revealed a big problem that exists in the entire dialogue, which in my opinion was set on the 'wrong foot' from the very beginning. The very fact that the European Union does not recognize Kosovo put the participants in an unequal position.

On the one hand, it causes frustration on the part of Kosovo, and on the other hand, the arrogance of the Serbian delegation. Instead of adjusting and normalizing the situation, it actually worsens the situation. The topic is such that it does not allow a solution to be found, and given that Serbia does not recognize Kosovo, prevents technical and administrative issues to be resolved, and they are persistently dealing with it", says Krasniqi.

According to Krasniqi, the best way to resolve the problem between Belgrade and Pristina is to reach a comprehensive agreement that would pave the way for EU membership.

According to him, Kosovo and Serbia are connected and without solving mutual problems, they will not be able to achieve one of their biggest goals, approaching or joining the EU. "In 22 years, Kosovo and Serbia have not done and are not working on it, in the way that this status quo should be singled out and the way to the European Union should be found, and until that is resolved, it will not be able to get closer, let alone become its members", Krasniqi said.

He does not believe that there will be any progress in the dialogue in the near future, having in mind that election processes are imminent in Kosovo and Serbia, and only after that, Krasniqi said, we can expect more concrete steps.

Krasniqi points out that Kosovo and Serbian political leaders are not doing anything to prepare their citizens to accept the compromise, which will be necessary in order to reach an agreement, adding that it will be harder for Serbia to prepare its public for the end of the mutual normalization process.

"General public in Serbia and Kosovo is not prepared for any decision on an agreement. In that sense, especially in Serbia, no one is prepared for the recognition of Kosovo, not only the government but also the opposition, the Serbian Orthodox Church, civil society and the media. General public should be permanently prepared for the new reality that should occur after finding a sustainable solution", Krasniqi concludes.