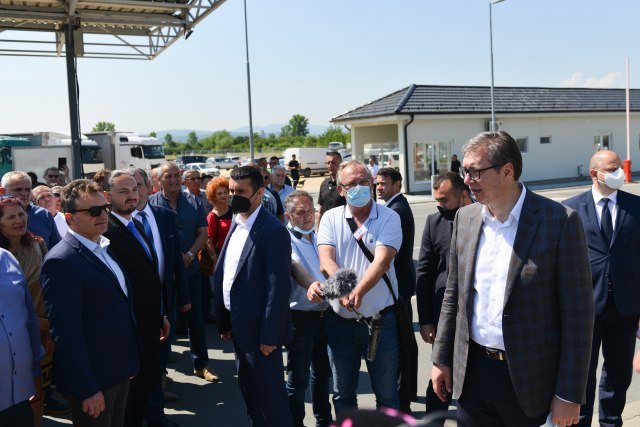 "Fischer automotive systems" opens a factory for the production of parts and accessories for high-class cars, the Assembly of the City of Jagodina told Tanjug.

Vučić says that this is a great thing for us. "We will still have to try to provide jobs for all people who want to work. The more German companies come, the better," he said.

Jagodina and the entire Pomoravlje region have a good future, said Vučić.

"Whenever I open a factory, I can't hide my satisfaction, because you live and work for that," said Vucic. Today, 70.000 people work in German companies in Serbia, he said. "I just heard the best thing for Jagodina, if you heard Professor Fischer well, they are thinking of placing the dowel factory not only in Serbia, but here in Jagodina," he said. He said that Serbia would offer 10 times better conditions for that than the others.

Vučić also said that he expects a growth rate of over 6 percent, and he hopes that it will be 7 percent. Fischer Automotive Systems has opened a factory for the production of parts and accessories for high-class cars.

"It is not a small thing for Germany to recognize you, that today over 65.000 Serbs work in German factories," said the president of the Assembly of Jagodina, Dragan Markovic Palma. By the end of the year, 400 people will be employed, said Markovic. Markovic said that the decision was made for Professor Fischer to become an honorary citizen of Jagodina because he came to this city to build a factory.

According to Markovic, in the next period, a decision will be made for the President of Serbia, Aleksandar Vucic, to become an honorary citizen of Jagodina.

The owner of the Fischer group, Klaus Fischer, said that there is an investment climate in Serbia that is more favorable than in the neighboring countries, that people are well trained, and that there are no language barriers.

"The level of knowledge about the special needs of the automotive industry is excellent," he said. He stated that the number of employees in Jagodina should increase to 450. Fischer handed Vučić a check of 1.8 million dinars for the education of children and youth, and Marković Palma a check of 1.2 million dinars for kindergartens and schools in the municipality of Jagodina, and 600.000 dinars for the local fire service. The 8.000-square-meter hall is located in the Industrial Zone and will employ 350 workers.

The company, except in Germany, has factories in the USA, China and the Czech Republic.