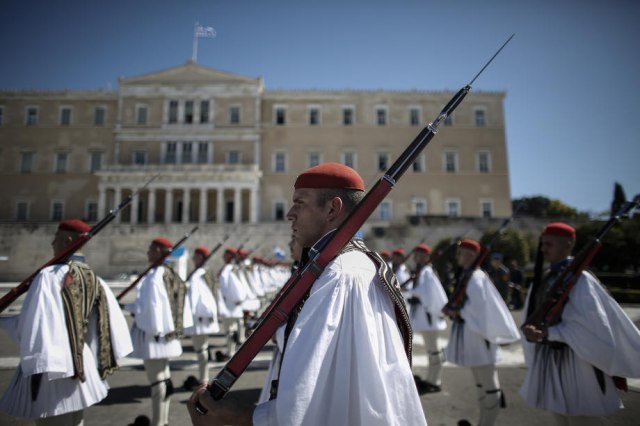 The deepening of cooperation in the field of economy and trade between Kosovo and Greece and the upcoming visit of Greek Foreign Minister Nikos Dendias to Pristina caused concern in official Belgrade and Serbian President Aleksandar Vucic, because they saw these moves as a possible step towards recognizing Kosovo's independence.

Despite the development of cooperation between Pristina and Athens, the position of Greece on the independence of Kosovo remains unchanged, it was said in the response of the Greek Ministry of Foreign Affairs to Gazeta Express.

"As you know, Greece does not recognize Kosovo and its position remains unchanged," the Greek Ministry of Foreign Affairs announced, as Kosovo online reports. The response states that Greece's attitude towards Kosovo is constructive, referring to the current cooperation in the field of economic development and support to Kosovo in various areas.

Greece is following the constructive approach of Pristina, which has been the host country of the "Kosovo Office for Trade and Economic Affairs in Athens" since 2019, and is cooperating with Kosovo to improve cooperation in various areas. In this spirit, in order to further enhance our bilateral cooperation and facilitate the functioning of the Office, without including aspects related to status, this Office has been renamed the "Office of Kosovo's Interests in Athens".

"As you know, Minister Dendias will visit Kosovo in early June after the formation of the new government," the response said.

"Greece supports Kosovo on its European path and in that context also supports visa liberalization. Greece also provides a significant number of troops to KFOR," the Greek Foreign Ministry said.

The Greek Ministry of Foreign Affairs expressed support for the dialogue between Pristina and Belgrade with the mediation of the European Union.

"As a long-standing member of the EU and NATO, Greece strives to consolidate peace, democracy and stability, security and economic development and the rule of law in the Western Balkans region, by creating good neighborly relations and respecting the basic principles of international law. Greece has strongly supported the European perspective for all partners in the Western Balkans, including Pristina, as well as support for dialogue between Belgrade and Pristina, with the help of the EU," the Greek Foreign Ministry said.