Cacak, Pozega -- Works on one of the most demanding sections on Corridor 11 from Preljina to Požega are in full swing

Cacak, Pozega -- Works on one of the most demanding sections on Corridor 11 from Preljina to Požega are in full swing 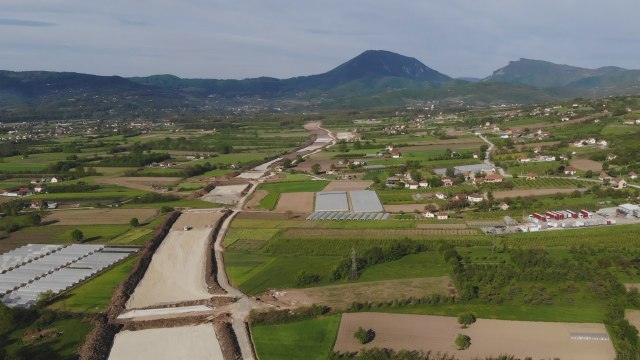 It covers a length of 30.9 kilometers, and the works started in 2019. Although the deadline for completion was 2023, the intensity has increased, so it is expected that the section will be open for traffic at the beginning of next year.

The machines are not shutting down, and you can already see the outlines of the new part of the highway that will be the main road vein of this part of Serbia.

"On that route, we will have the two longest tunnels ever built in Serbia. Over five thousand meters of bridge construction, 500 meters of overpasses will be built. This is not just the road from Belgrade to Cacak, this is the road that will connect Serbia with Bosnia and Herzegovina and Montenegro.

"One could only dream of such capital investments ten years ago, and today they are becoming our reality and the reality of our children. Serbia with highways built, is a moment that history will remember," said Minister of Construction, Transport and Infrastructure Tomislav Momirovic. He added that the planned construction of bypasses around Gornji Milanovac, Pozega and Uzice is also of great infrastructural importance.

The section of the highway from Preljina to Požega passes through several villages in Čačak, households located on the mentioned route will be demolished, residents evicted, and owners compensated.

Twelve buildings in the village of Trbusani, owned by six families, were found on the route of this part of the corridor, and they will have to be demolished.

"These are six households in which each has one or more housing units. In addition, auxiliary facilities, barns, porches will be demolished, and even one chicken farm will have to be demolished," says Milan Pavlović, president of local community Trbušani, whose household will also be relocated and the house demolished.

Residents of the village of Trbusani reached an agreement with the representatives of "Belgrade Roads" for compensation. Pavlović points out that everyone has mostly agreed with the state, but with certain clauses that they can ask for additional claims in court, which will not affect the postponement of the beginning of works on that section of the highway.

"Of the six families that will be evicted, two will seek additional assessments in court, but the fact is that we are all evicting and that these additional requirements will not affect the start of work. It is clear that it is difficult for all of us because it is the land of our grandfathers, but on the other hand, it is a matter of higher state interest. My household consists of two houses, two auxiliary facilities with 28 acres of land, I'm sorry, but I am aware that the highway is something that is very important", Pavlović said.

When asked if he was satisfied with the agreement with the state, he said that at first there was dissatisfaction, but that later they accepted some objections, so they came to an agreement that the state accepted.

The contractor on this section of the highway from Preljina to Požega is the Chinese company CCCC, and the total value of the investment amounts to 523 million US dollars.