ZAGREB -- At 10.58 a.m., an earthquake struck central Croatia again, which was also felt in Zagreb.

ZAGREB -- At 10.58 a.m., an earthquake struck central Croatia again, which was also felt in Zagreb. 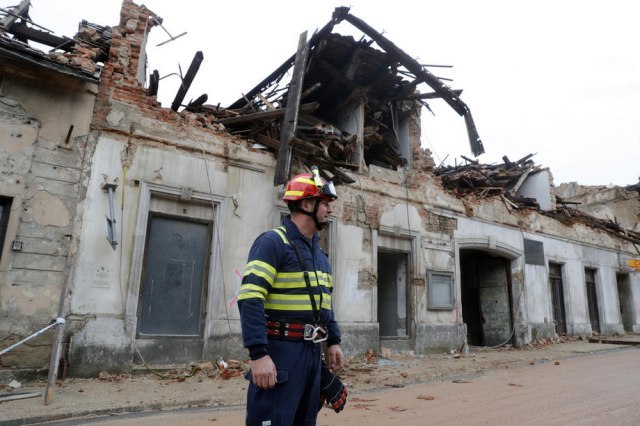 The quake had a magnitude of 4.3 on the Richter scale.

Residents of Banja Luka felt an earthquake today, just before 11 a.m., with an epicenter in central Croatia.

According to the European Mediterranean Seismological Center (EMSC), the epicenter was 14 kilometers southwest of Sisak, near Petrinja.

The media report the comments of the citizens, who say that the earthquake "was quite strong". "This one was specific, first it rumbled for a while, and then the whole house collapsed," was just one of the comments of a Zagreb resident on social networks.

On the recordings published by the Croatian media, we can see the street in Petrinja shaking, and then how part of the building falls and dust rises. The Croatian Seismological Service announced that the earthquake was quite strong with the epicenter not far from Petrinja, near Glinska Poljana.

The intensity of the earthquake in the epicenter is of the 5th degree of the EMS scale.

"It lasted for about 5 seconds, everything was calm and then, suddenly, the windows started to crackle. There were no people in this part, the passage was forbidden there," said one of the eyewitnesses.

Croatia is still recovering from the terrible earthquake that hit the area around Sisak the hardest at the end of December. At that time, the earthquake took seven victims, and Croatia shook throughout January, and occasionally in February.

The moment of the earthquake was recorded by the cameras in the parliament, where the session is being held.

The earthquake that hit central Croatia at around 11 a.m. today was of magnitude 4.1 with the epicenter near Petrinja, not far from Glinska Poljana.