WASHINGTON DC -- A new document in Washington on resolving the issue of relations between Serbia and the so-called Kosovo, backed by the man of former US President Barack Obama.

WASHINGTON DC -- A new document in Washington on resolving the issue of relations between Serbia and the so-called Kosovo, backed by the man of former US President Barack Obama. 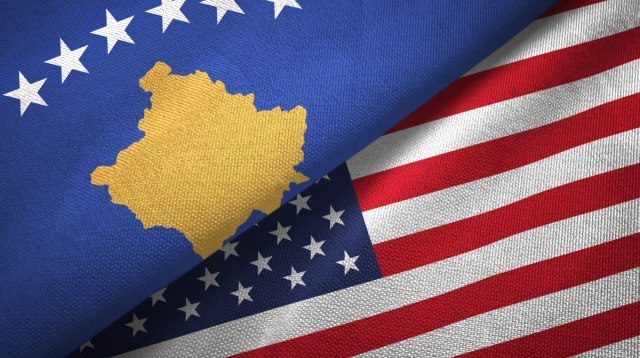 According to the document, there are three possibilities for an agreement between Belgrade and Pristina, but it is also pointed out that none of them is "ideal".

The first is the use of "incentives" for Serbia - donor support and accelerated EU membership to agree to recognition, the second is for Serbia to approve the formation of new autonomous districts for Kosovo Serbs, but also for Serb Albanians, and the third is to return to land swap core draft agreement for 2018, writes Blic and states that these are the conclusions of the analysis "Restarting the dialogue between Kosovo and Serbia", behind which stands the influential think-tank International Crisis Group.

The chairman of this organization is Robert Malley, a man from the administration of the American Democrats and an advisor to the White House during the presidential mandate of Barack Obama.

The analysis points out, among other things, that resolving the dispute would be "beneficial for stability in the Western Balkans and Europe", but also points out that all parties should look for a way to reach an agreement on mutual recognition, and that EU countries should give a sign that it will support any agreement in accordance with human rights and international law.

"Belgrade and Pristina should publicly acknowledge the need for compromise," the analysis said, aimed at finally unraveling the "Gordian knot."

Pristina and Belgrade are said to be discussing, over and over again, how to normalize their relations at least since 2006, and have agreed on many points but disagree on the most important thing that divides them: Kosovo's independence.

As for the first proposal - it may be simply impossible for the EU to promise accelerated accession, and material incentives will probably not be enough to resolve the essential issue of Serbia's political identity. Between the other two, autonomy would seem like a better choice, with the success so far in Europe and support among EU member states, but it also seems to provoke the sharpest negative reaction from both sides - the text reads, Blic continues.

Further, it is suggested that Brussels should focus "on encouraging negotiations in which the parties are free to explore any solution that is in line with human rights and international law, given the need for public support at home."

America has three proposed solutions for the so-called. Kosovo:

1. Recognition by Serbia for the creation of new autonomous districts for Kosovo Serbs and Serb Albanians 2. Returning to the territory exchange approach that was the core of the draft agreement envisaged for 2018

3. The analysis concludes that the European Union must reach a unified position regarding the resolution of the Kosovo junction. The bridge on the Ibar in Kosovska Mitrovica has long separated the Serbian from the Albanian part of the city.