"A contingent of 19.500 vaccines produced by Pfizer-BioNTech arrives in Serbia today"

"A contingent of 19.500 vaccines produced by Pfizer-BioNTech arrives in Serbia today" 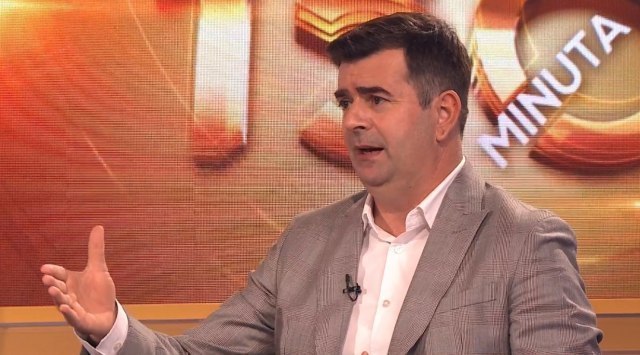 He added that it is planned to vaccinate around 11.000 health workers and residents of gerontology centers this week.

Djerlek told Tanjug that a meeting of members of the National Immunization Coordination Team with Health Minister Zlatibor Loncar was held today and that a detailed immunization plan had been made for this week.

In the future, he says, he will make a detailed immunization plan on a weekly or ten-day basis.

This week, vaccinations will be performed every day except on Christmas, including weekends.

"We plan to vaccinate about 11.000 people by the end of the week, with half of the vaccines being allocated to health workers and half to gerontology centers and social welfare institutions," Djerlek said.

Djerlek says that 2.400 doses of the Russian vaccine "Sputnik V" will be used during this week, and that most likely one part of that vaccine will be put into use tomorrow.

"In the first phase, the plan is to vaccinate about 720.000 people. In addition to health workers, there are also users of gerontology centers and social protection institutions, then over the age of 75, citizens aged 64 to 74 who have associated diseases," Djerlek explained, in the capacity of being the president of the National Immunization Coordination Team.

Asked what was the interest in vaccination, he said that it is much higher than they expected.

He states that this is a good sign, that people in Serbia have realized that without a vaccine, they cannot overcome a plague such as COVID-19. How long the first phase of vaccination will last will depend on the amount of vaccines that will arrive in Serbia.

"Prime Minister has announced that about a million doses of vaccines will arrive in January, but I think more than that will arrive," Djerlek said, adding that health workers working in the red zones will be vaccinated in COVID hospitals, residents of nursing homes within their centers, and as for other checkpoints, it will most likely be health centers.