BERLIN -- In Germany, vaccination against coronavirus was delayed in several cities on Sunday due to a mistake in the transport of vaccines.

BERLIN -- In Germany, vaccination against coronavirus was delayed in several cities on Sunday due to a mistake in the transport of vaccines. 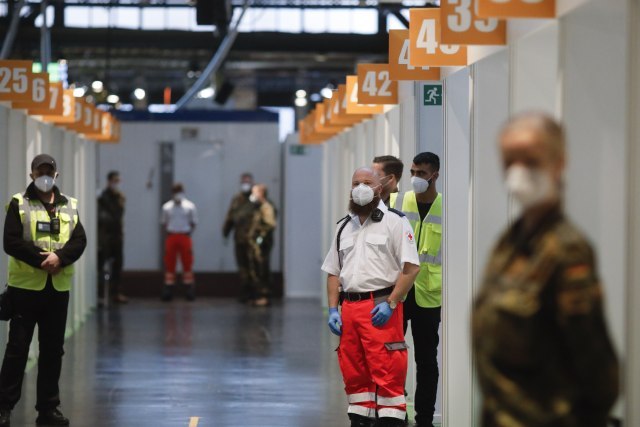 Namely, thermometers showed on more than a thousand samples that the vaccine may not have been at a sufficiently low temperature during transport.

"When reading the temperature diaries, which were closed in thermo-boxes, there were doubts about meeting the requirements of the cold chain," the district of Lichtenfels, in the north of the largest German province of Bavaria, reported, as Jutarnji list informs.

Medical staff discovered that the temperature in one thermo-box for transporting vaccines rose to 15 degrees Celsius, a spokesman for Lichtenfels revealed, which is more than the value of 8 degrees determined by the manufacturers.

Due to suspicious samples, the districts of Coburg, Kronach, Kulmbach, Hof, Bayreuth and Wunsiedel in northern Bavaria are waiting for the answer of "BioNTech" whether the vaccine can now be used at all.

"BioNTech" said that it sent an answer, but what they said remained a secret.

Otherwise, the vaccine, which uses the new so-called mRNA technology, must be stored at low temperatures of about -70 degrees Celsius before it reaches the distribution centers in specially designed boxes filled with dry ice.

When taken out of storage, the vaccine must be kept at a temperature of 2 to 8 degrees to be ready for use for the next five days. Thermo-boxes, designed by "Pfizer", are also equipped with GPS trackers so that companies can solve potential problems with storage and transport.

Temperature problems delayed the start of vaccination in the southern Bavarian districts of Augsburg and Dillingen, where staff eventually received approval from BioNTech for use.

The vaccination campaign in Germany started on Sunday, when the first vaccine was received by the users of homes for the elderly and infirm. By the end of this year, the federal government plans to distribute more than 1.3 million doses to local health authorities.