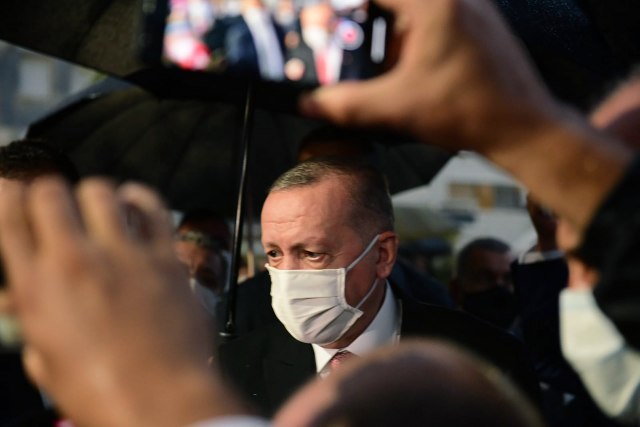 The Turkish army should participate in the Russian-Turkish ceasefire monitoring mission in Nagorno-Karabakh.

In a request to the assembly, Erdogan is seeking approval to send troops to establish a "coordination center" with Russia to monitor compliance with the ceasefire.

The troops sent by Turkey, a country that supports Azerbaijan, "will participate in the activities of the coordination center that will be established with Russia" and "will ensure respect for the ceasefire," the request said.

That deployment authorization, which should be just a formality, will be valid for a period of one year, and the number of deployed soldiers will be determined by Erdogan.

Azerbaijan and Armenia signed an agreement under the auspices of Russia last week, which ended several weeks of conflicts in Nagorno-Karabakh, a breakaway region of Azerbaijan with a majority Armenian population.

In order to monitor the observance of the armistice, Moscow has started deploying its "peacekeepers" in recent days.

Although Turkey is not mentioned in the agreement, Ankara immediately announced that its troops would participate in the coordination center.

Turkish and Russian officials discussed Friday and Saturday in Ankara the modalities of the center's operation, whose opening date and location have not been announced.