BELGRADE -- Patriarch of the Serbian Orthodox Church Irinej stated he had been listening for eight years that the President of Serbia was "preparing to betray" Kosovo.

BELGRADE -- Patriarch of the Serbian Orthodox Church Irinej stated he had been listening for eight years that the President of Serbia was "preparing to betray" Kosovo. 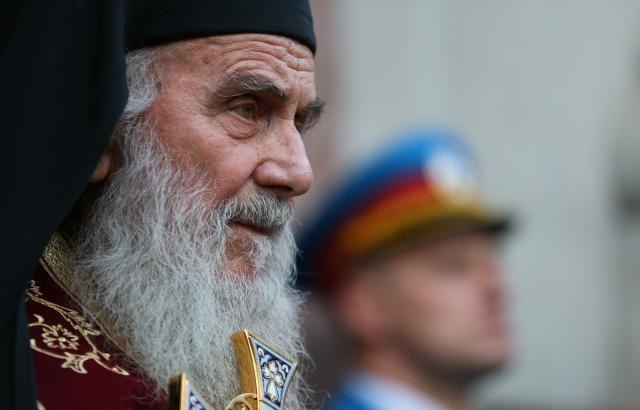 He also asked if it made sense to "convict a man for something he did not do, just because some think he will do it."

"Vucic has tackled the numerous problems of Kosovo. He has shown himself to be a responsible statesman on many national issues. The citizens gave their opinion on his work in the elections," Irinej told Vecernje Novosti.

He added that he thinks that Serbs and Albanians should be left to agree on everything on their own without imposing a "solution" in favor of only one side. "In that respect, the United States can play a great and historical role," the patriarch said.

He also said that he spent a large part of his life in Kosovo and Metohija.

"I was first a student at the Serbian Orthodox Seminary of Saints Cyril and Methodius known as the Prizren seminary, and then a professor and rector. When I first came to Prizren, there were about 16.000 Serbs living there. How many Serbs are there today? I always said that the first condition in solving problems in Kosovo and Metohija should be the safe return of some 250.000 Serbs expelled between 1999 and 2004. The international community should help, first on the issue, and only then proceed in organizing talks on other topics", Irinej underlined.